Star Magic Presents Astigs was the show I felt deeply attached to. What more can I ask for? Good-natured directors, a very understanding staff and really fun to be with, and our teen artists na kahit marami magaan pa din ang taping dahil very light silang katrabaho. Makes me feel like I'm in highschool again.
We decided to have an early pullout at the TOC area of ABS for our 6:45am scheduled departure via Air Phils. I gathered some of our artists, technical crew and other staff members. Despite some hassles, we thankfully got there on time. At the crack of dawn, the Centennial Airport looked like there's a presscon going on because of the so many Star Magic talents seen around like Nene Tamayo, Rodjun Cruz, Bea Saw, Jason Abalos, Fred Payawan, Archie Alemania, talent handlers and other TV and print press people such as the Buzz and TV Patrol. It was indeed a star studded trip!


When we arrived at the Naga Airport, we were welcomed by group of dancers and a band performing their province's official theme song. It was awesome! But we didn't go there to have an outing, we went there for a shoot. So just few minutes after we took our breakfast, all of us did what we had to do - readied the artists (the wardrobe, make-up and their lines), first set up, the lights and crew - and we're set to shoot our first scene. Honestly, it wasn't that easy to shoot especially when the place is new to us and we have an area as wide as 6 hectares! Our standby area was quite far, the strong heat of the sun made it more difficult to work and definitely, quite upsetting. Pakapalan na nga ng mukha pag nagsundo sa mga artista - minsan tourist bus, minsan naman baranggay service...hay, but those experiences made our stay more exciting at buti na lang walang "diva" sa mga artists namin. 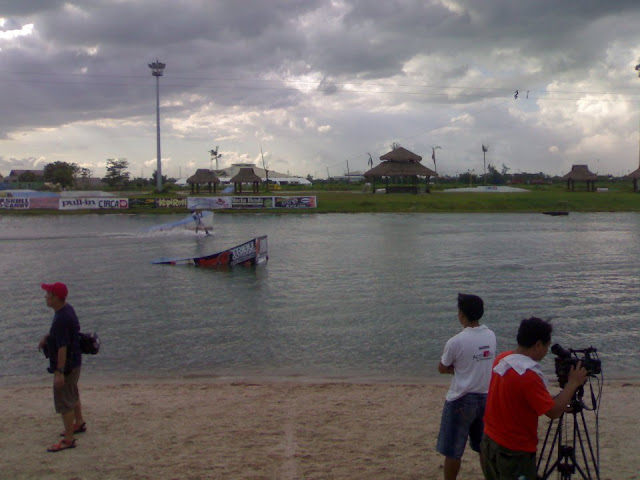 We shot our first scene near the wakeboarding area. CWC boasts its best 6 tower Sesitec cable system with a large island in the middle for smooth water conditions. You can choose to do wakeboarding, wakeskating, kneeboarding and skiing. We also shoot at the nearby EcoVillage where you can see an aviary, a hanging bridge and a cave to name a few.


We stayed at the Cabana areas, our artists at the trailer vans and some stayed at the Mansion. The second day was emotional yet in a really good way. A bunch of dancers from Camsur presented a series of interpretative and modern dances...it was like watching ASAP with all the cool lights and bubbles dominating the stage. Of course the shoot wouldn't be complete without the much awaited behind-the-scenes!

We all said 'hi' to the cameras. Everyone was just having fun and enjoying our last few moments together. The night ended up with a real party, we were all wet, drinks poured in and even Gov. Lray joined the party. 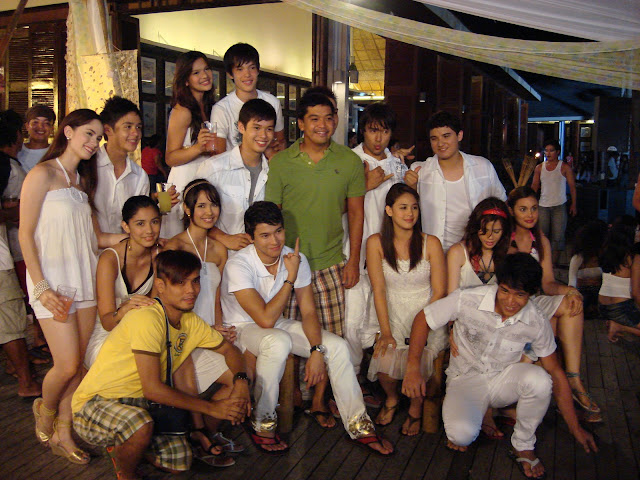 Well as Warren Buffett once said, 'Anything that can't go on forever will end'.