By Lakwatsarah October 22, 2008
Yesterday I went with my mom at DLSU-University Medical Center in Dasmariñas Cavite. But before we meet the doctor, I decided to drop by my alma mater, DLSU-D. I want to personally check what happened to our yearbook. I mean it's been 4 years since I graduated and still...ugh disappointing! 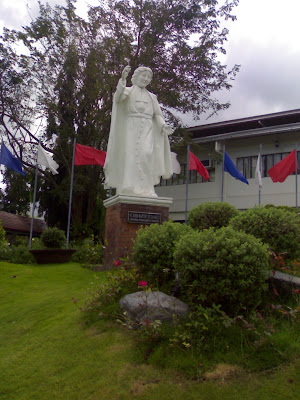 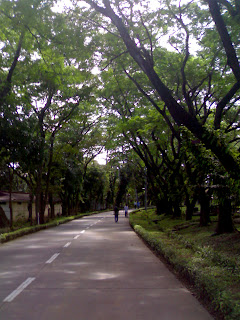 Mom and I entered the gate at PLS, showed my alumni card and toured mom. I remember the last time I visited the school...we were taping an episode for Star Magic then. We taped the shots at the olympic sized pool and roads near the area.

We weren't able to shoot scenes from other campus sites since we really just need an olympic size pool as required by the script, but I was able to tour the rest of the staff. They love my school! 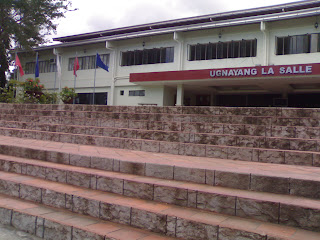 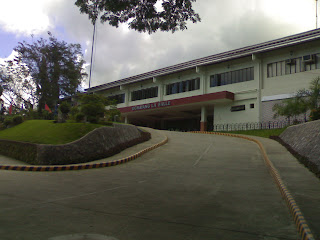 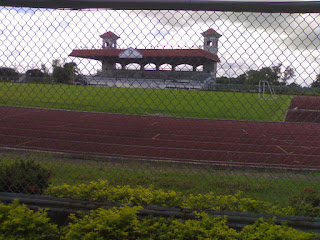 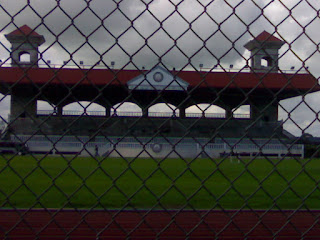 Oval/ Track and Field
This is where Kim and Gerald did some of their scenes in "Sana Maulit Muli". 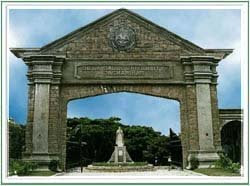 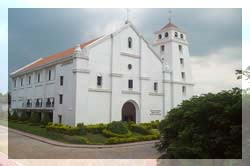 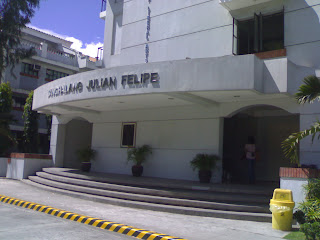 Tanghalang Julian Felipe Hall
This is where we had our class performance when we did a stage play drama entitled "Balaraw" for our Performing Arts class. The building was so new then. 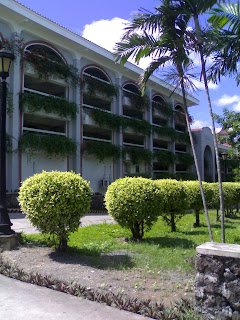 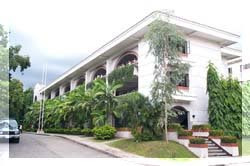 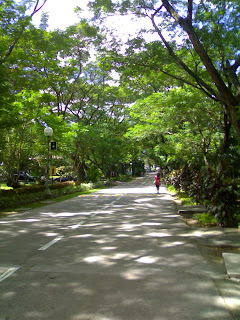 We shot most of the scenes in the main road, kubos', Lagoon and in JFH building, College of Liberal Arts (my building for 4 years!). Guess where we had our standy area during taping? In room 301, my homegrown classroom! I remember telling Bea that this has been my room during my freshman year. 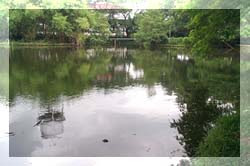 Lagoon
We were supposed to shoot in the library but school admin did not permit us to shoot after 12mn when most of the time we finish taping after sunrise (harsh!). 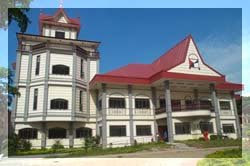 Aklatang Emilio Aguinaldo
I really got frustrated because I wanted the show to tape at our library, my favorite tambayan during my college years. Nah I'm not nerd! I guess it's the cool breeze of library aircon and the tranquility of the area soothes my personality. I remember myself being at school at 7am even when my first class starts at 1pm! Studious huh? Frankly, being an early bird, I just prefer to commute early in the morning than late lunch time. Besides, I need to be extra careful with my white polo uniform (I have to commute daily from Biñan Laguna to Dasma Cavite). 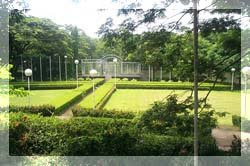 Lake Park
ABS-CBN's Magandang Umaga Pilipinas visited our school during my señior year when we as Communication students celebrated our MAD (Media Awareness Days). Host Winnie Cordero was there. 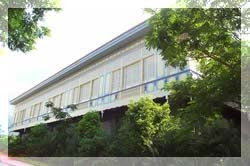 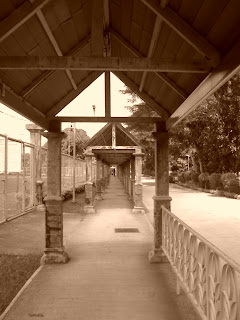 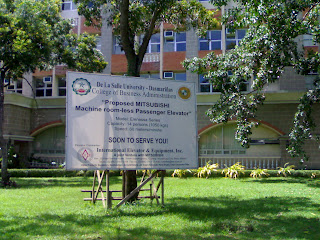 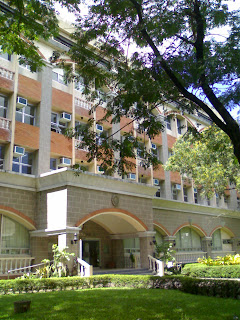 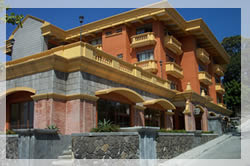