Getting close to Lake Sebu's 2nd of the 7 Falls


Standing majestically at 70 ft. high, Lake Sebu's Falls 2 of the series of Seven Falls is definitely one of the province's tourist pride.
Some 40 meters from the first falls, one could reach Falls 2 by either taking the 700+ steps, riding the nerve wrecking zipline or simply driving down the road. Oh well, some of us took the easiest path while the others flew high up in the air!
We reached the parking area just in time after they finished the zipline ride. From zipline's final destination point, falls 2 is already visible. But I still want to see it closer so we walked down some few minutes more. 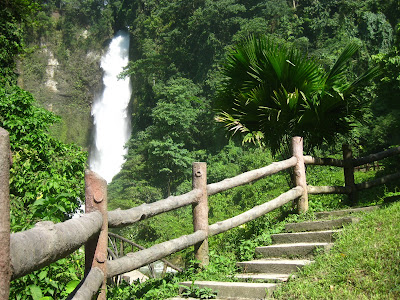 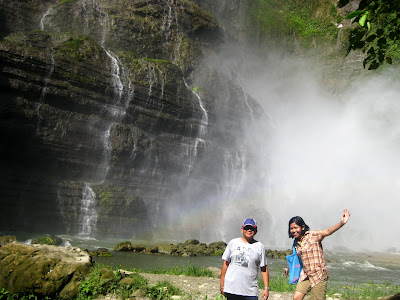 It was the most beautiful falls I have ever seen in the Philippines. It boasts a beautiful naturally carved rock strata beside that gets all the powerful watermists from the falls. We tried to get closer to it. It was an amazing scene and at the same time I was very much careful with my camera - expect to get wet! We were also greeted by a charming rainbow which very much complements the site's natural scenery.

Here's a short video clip of Falls 2
We left Falls 2 with proofs that the local government is serious on the development of the site with big trucks driving back and forth. We also heard that Willie Revillame visited the place recently while we were up enjoying our mountain hiking adventure.