The Hundred Islands National Park (Pangasinan: Kapulo-puloan or Taytay-Bakes) is in the province of Pangasinan in northern Philippines. It is located in Alaminos City, Pangasinan. The islands (124 at low tide and 123 at high tide) are scattered along Lingayen Gulf and cover an area of 18.44 square kilometres (4,557 acres). They are believed to be about two million years old. Only three of them have been developed for tourists: Governor Island, Quezon Island, and Children's Island. The islands are actually ancient corals that extend well inland, in an area previously comprising the seabed of an ancient sea. Lowering sea levels have exposed them to the surface and the peculiar "mushroom"-like shapes of some of the islands have been caused by the eroding action of the ocean waves. (from wikipedia) 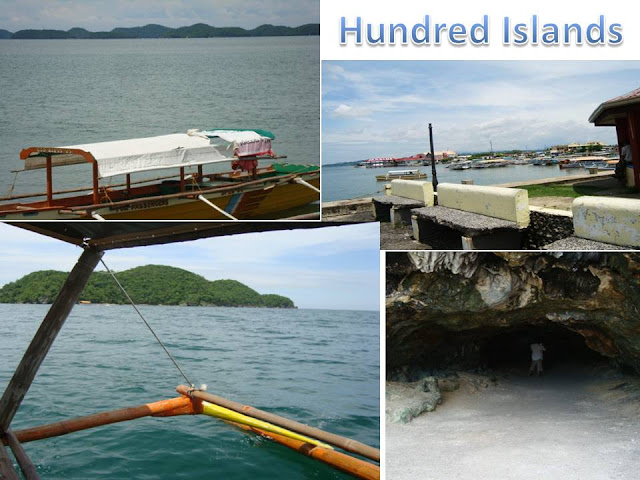 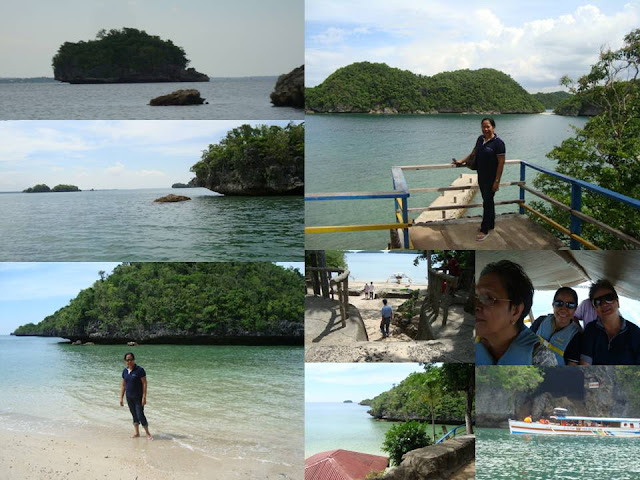