Intramuros: Inside the Walled City


I could barely remember the last time I went inside the walls of Intramuros for a visit. My last school field trip in Fort Santiago happened when I was probably in first grade, I could barely remember anything except for the name "Fort Santiago" and its historical significance. To date, some of my younger siblings are studying in Mapua and Adamson University, schools located inside and right outside Intramuros but I never really had that chance to even go visit them. Since I've gotten too curious as to how Intramuros actually looks now, I tagged along who I thought could be the best companions for this sight-seeing tour, my younger sister Hannah who's currently taking a Hospitality Management course in Adamson and mom, who has long missed the site she used to recognize as a neighborhood.


Intramuros, the walled city of the old Manila district is highly recommended to be a foreign visitor's first stop when in Manila as it is a living museum of the city's heritage with its colonial ambiance and period structures.

Right after visiting the MV Logos Hope that Thursday afternoon, we hurriedly rode a cab that took us to Fort Santiago. It was nearly 3pm at that time and although it's still quite hot, we decided to do a DIY Walking Tour of Intramuros starting with Fort Santiago.

Fort Santiago, one of the oldest Hispanic stone fortresses in the country is located in the northern part of the walled city. It's the bastion of Spanish military might, where thousands of freedom fighters were imprisoned during the colonial era and World War II.
Entrance Fee - Php75
Student discounted fee - Php50
Opens daily at 8am to 5pm

SIGHTS TO SEE INSIDE FORT SANTIAGO 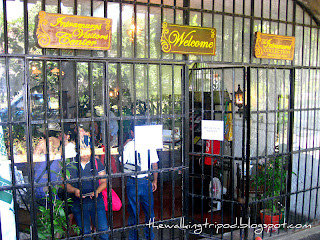 Our Lady of Guadalupe shrine - a quaint chapel in the Reducto de San Francisco Javier, constructed in 1773.

Parks, Promenades and Picnic Areas have transformed this once-forbidding fortress into a relaxing place to spend a leisure day. One can stroll around the gardens of Plaza Moriones and the quiet greenery of Plaza de Armas amidst historic ruins.

The Rizal Shrine is a reconstruction of the colonial period barracks where the patriot, Dr. Jose Rizal, was confined during his trial for sedition. It houses a museum where mementoes of the hero can be viewed.

Baluarte de Santa Barbara offers tourists a view of the colonial period stronghold. Storage cells and powder magazines used as dungeons for hundreds of prisoners who were killed at the end of the war. This particular area reminded me of the grim story behind Puerto Princesa, Palawan's Plaza Cuartel especially after seeing the dungeons...heavy feeling, we all sensed the negative energy right there. Kahit ilang taon na ang nakalipas...

Tranvia - a replica of the pre-war Manila streetcars - once the mode of transportation for the Manileño.

Having lived in San Juan for 10 years, mom said they already brought me in Fort Santiago when I was a kid, I just couldn't remember. But hey, I do remember the weekend picnic's by the bay during the 90's :)

From Fort Santiago, we walked our way to the Manila Cathedral where you can also see striking red facade of Palacio del Gobernador. 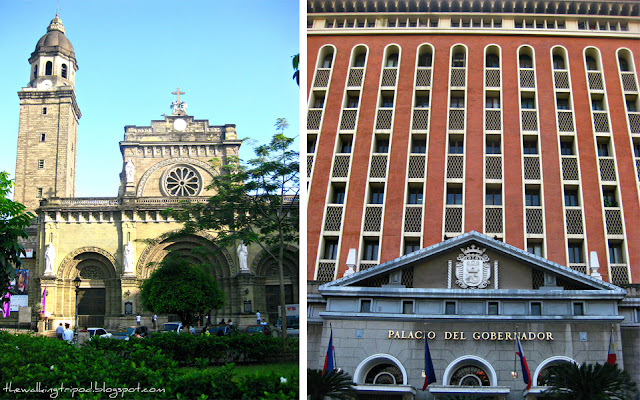 From Manila Cathedral, we decided to take a Pedicab Tour for Php100. Below are some of the sites included in the tour: 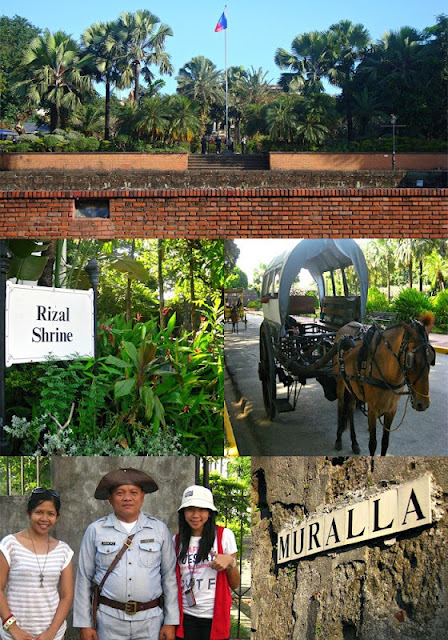 Today, efforts to preserve the Walled City and revive its illustrious past are stronger than ever. The present generation of the Filipinos have come to realize its value as a national heritage. As in the days of our forefathers, Intramuros is a priceless treasure to be shared with the world.

The pedicab drove us to Luneta since we wanted to experience its dancing musical fountain at night.
Fort Santiago Intramuros Manila