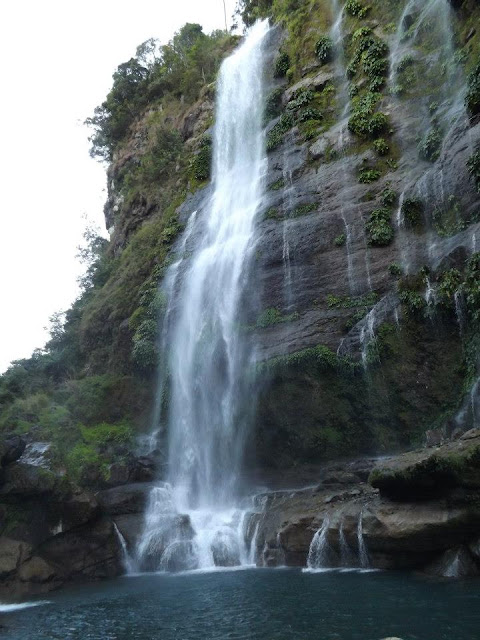 Trekking may sound so rigorous and Sagada is synonymous to treks and long walks. The long trek to  Sagada's hidden spot called Bomod-ok Falls is a must do activity for the scene is definitely worth all the gasps and muscle pains. It was the first time I met some of my companions, while others I met during the Laguna trip. They may not be hard core travelers and definitely not mountaineers, but these Makati girls I met during the holiday escape surely knows how to make trekking fun, occasionally bursting with laughters in the air when really, all they wanted is to scream for Salonpas and Alaxan during and after the climb. ^_^

Our first Day of December and day 2 of Sagada exploration started with an early wake up call to catch glimpse of sunrise at Kiltepan Peak followed by the morning trek to the Marlboro Country. Hungry for brunch, we dropped off at Rock Inn and Cafe for the orange picking activity and for some good local favorites like pinikpikan. Properly satiated and armed with the strength that a good meal brings, we headed for the much awaited trail.

(click here to view more photos of our Bomod-ok Trek)

Bomod-ok trail starts at the Tourist Information Center in Banga-an where we met our assigned tour guide kuya Danny. Easy way down with concrete paths provided for tourists but alas, no walking sticks left for us to use. Below are some photos taken during the trek. 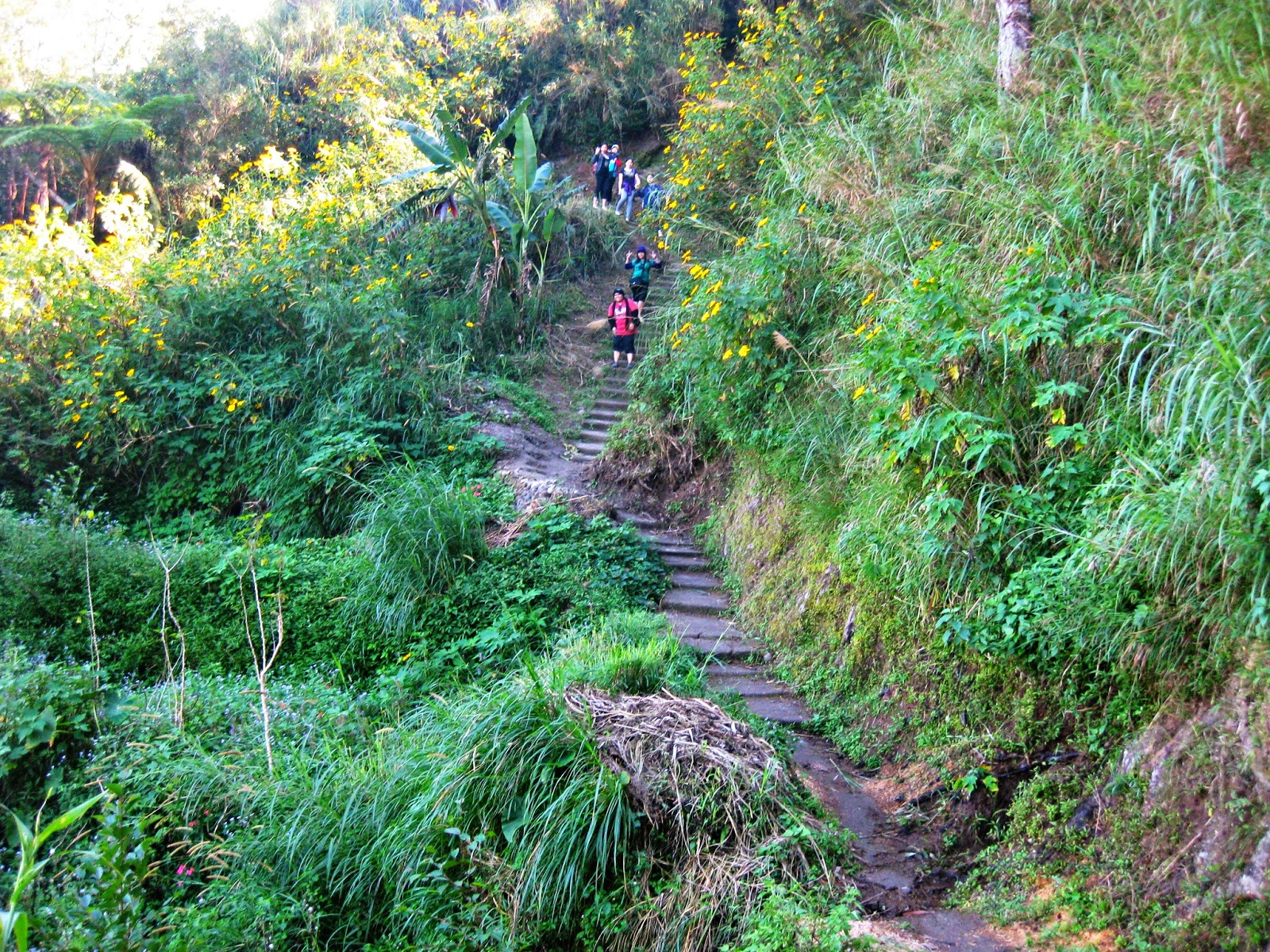 The first in the series of steps 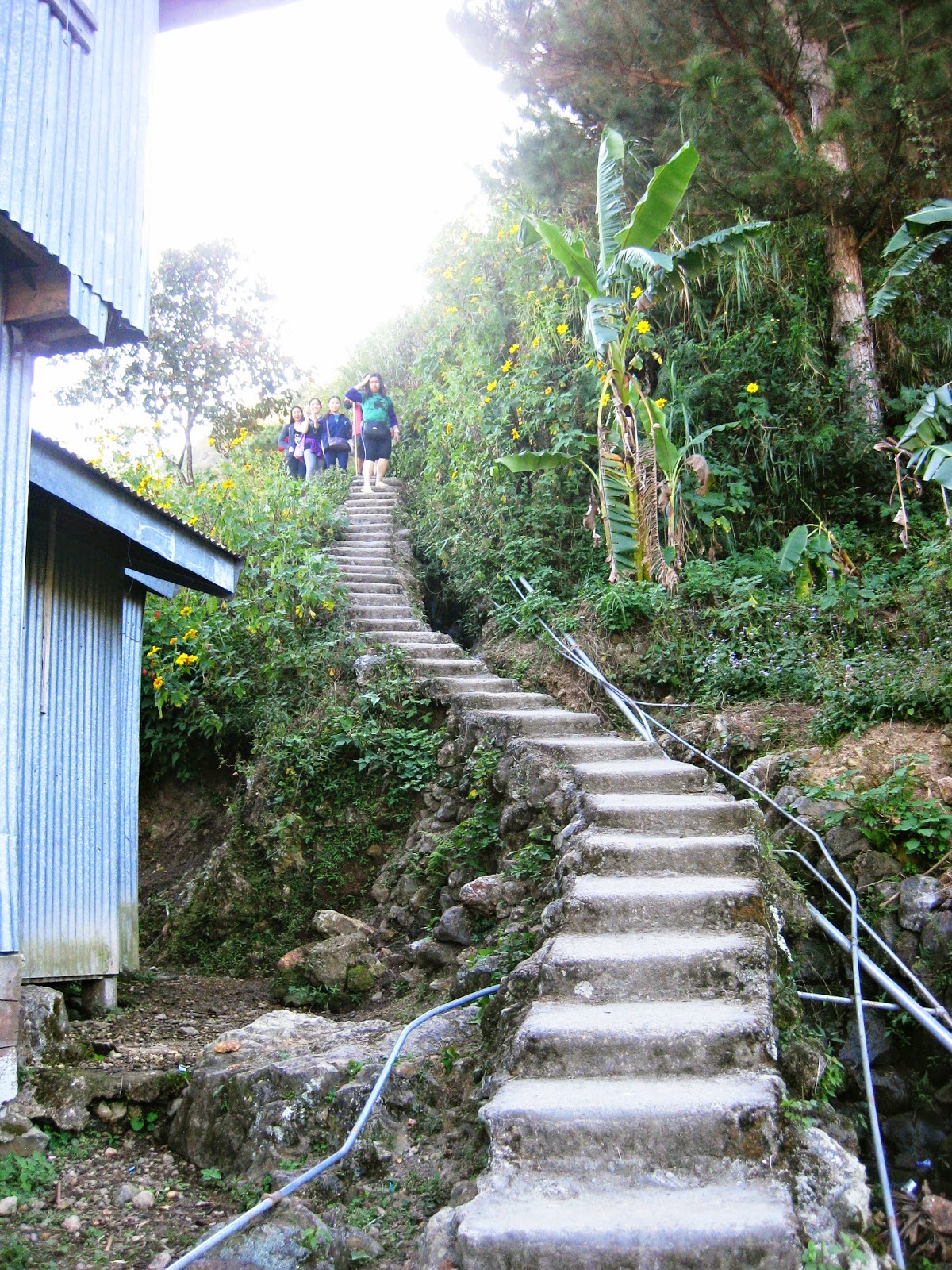 We saw a dap-ay, an open meeting place made of stone slabs in a nearby sari-sari store. This is a good thing since it can provide trekkers something to munch and drink while taking a short rest.

This Sagada trip will always be memorable, as it paved way for a childhood dream to come true - to literally walk in between rice paddies, specifically the terraces of the Cordillera. After passing through Brgy. Fidelisan where we had to pay Php10 registration fee,  the view starts to get more and more scenic with countless terraces embracing us. 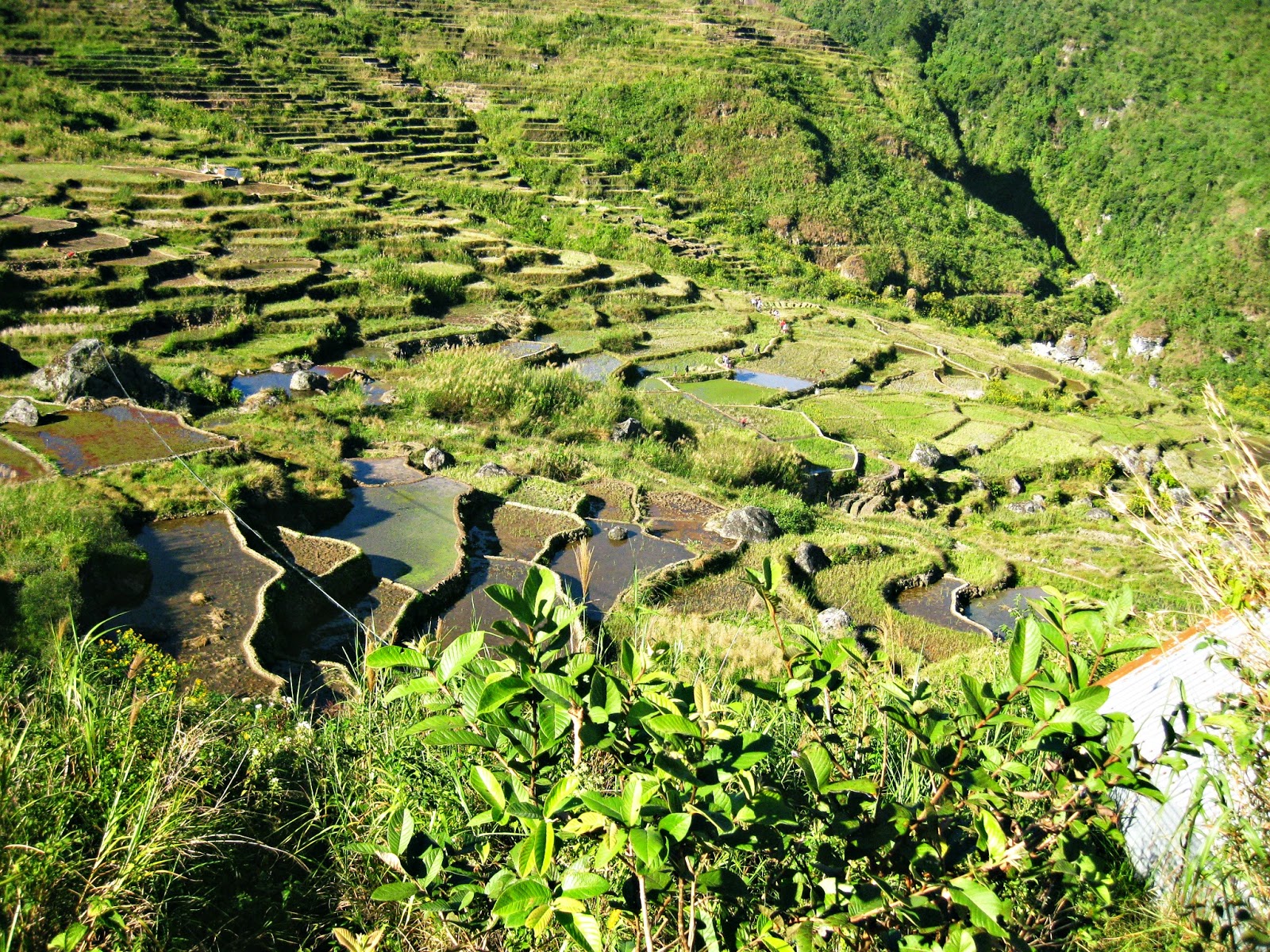 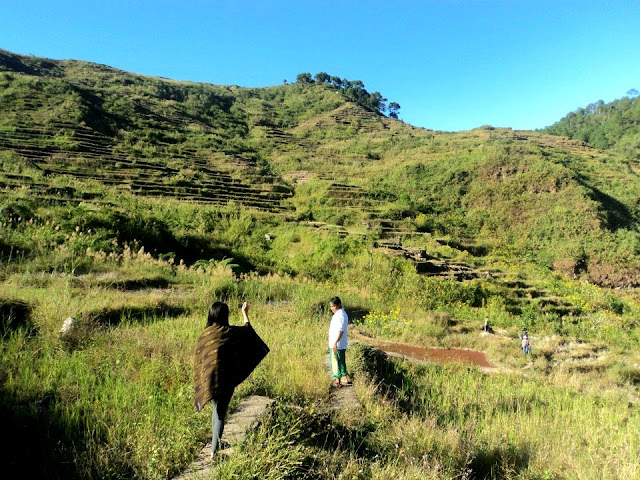 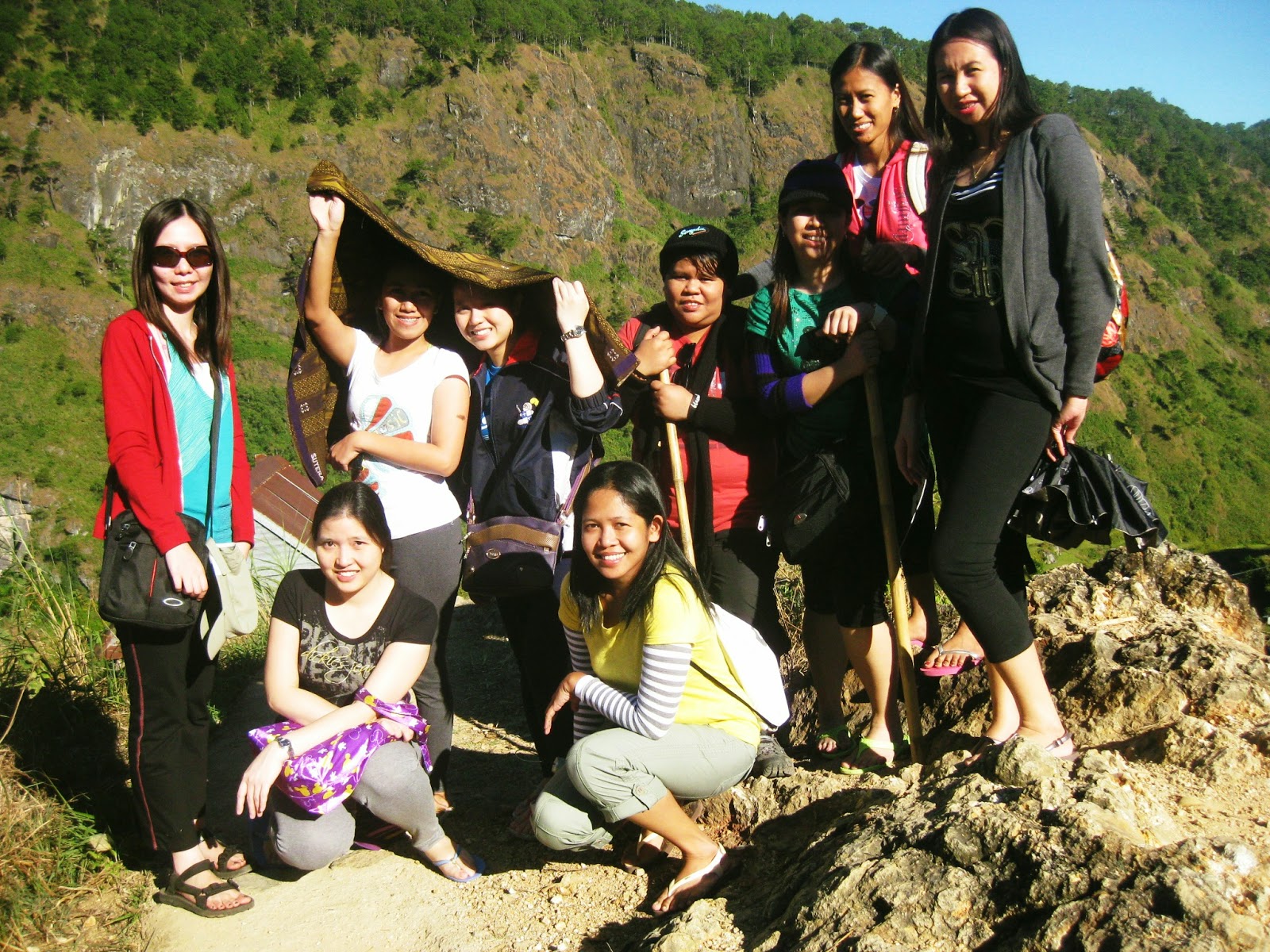 the group under the afternoon sun


Watch out as the sun could be unforgiving. Based on experience an umbrella couldn't be of much help as you'd want to focus more on your balance, better to wear arm warmer and don't ever forget to dabble on enough sunblock.  More than an hour after, we're starting to walk on much bigger rocks, which means we're getting closer to the falls! 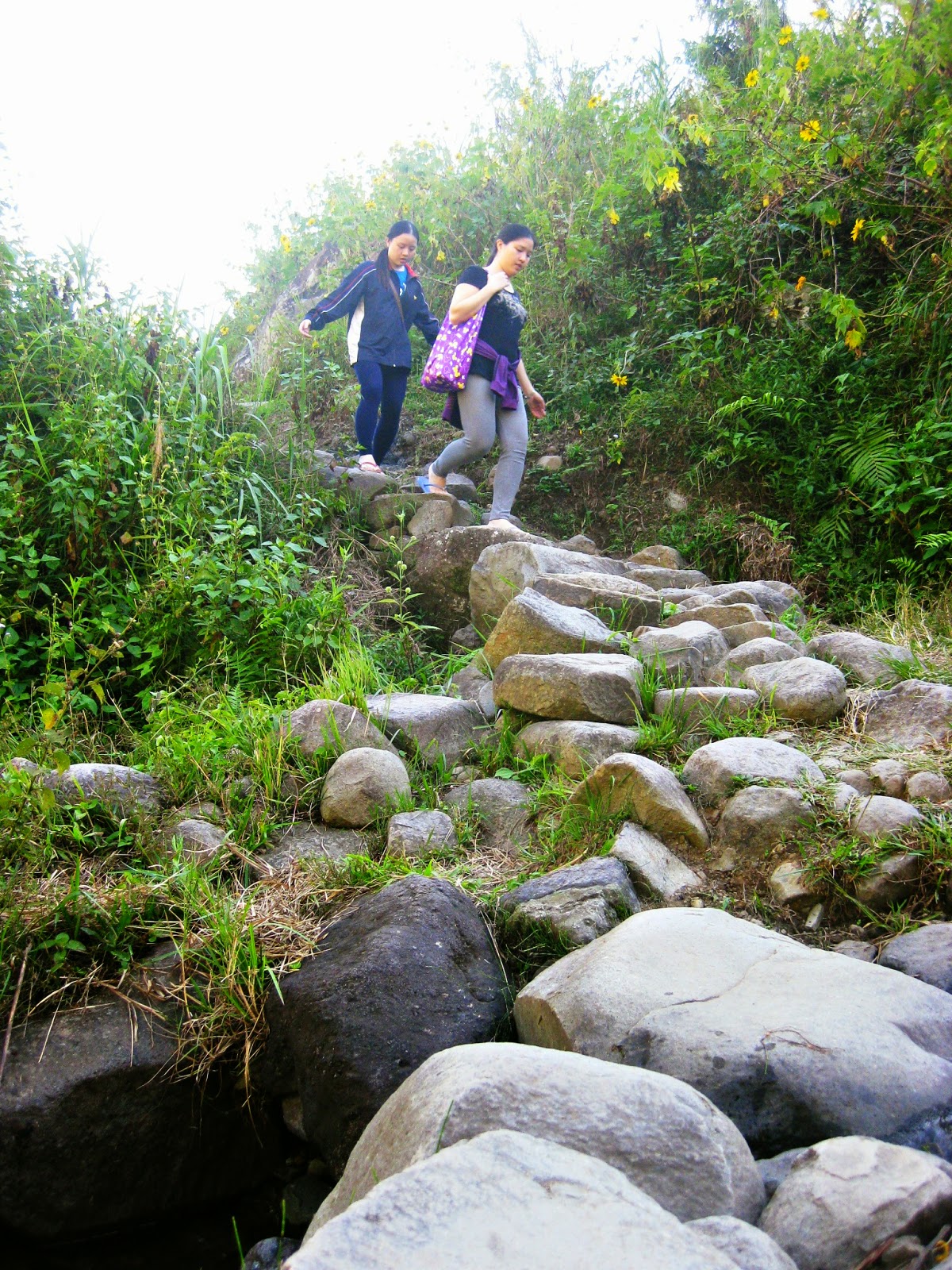 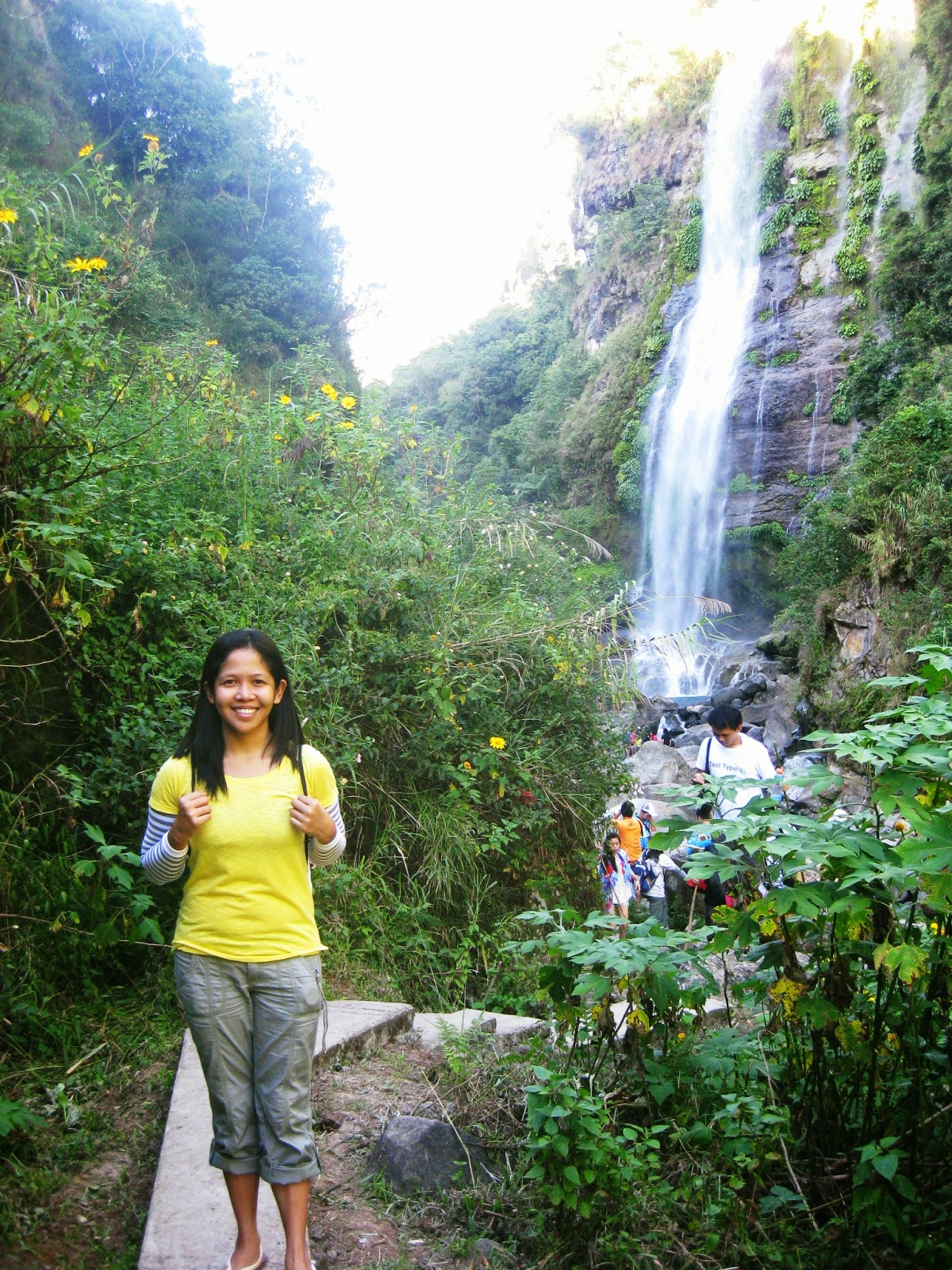 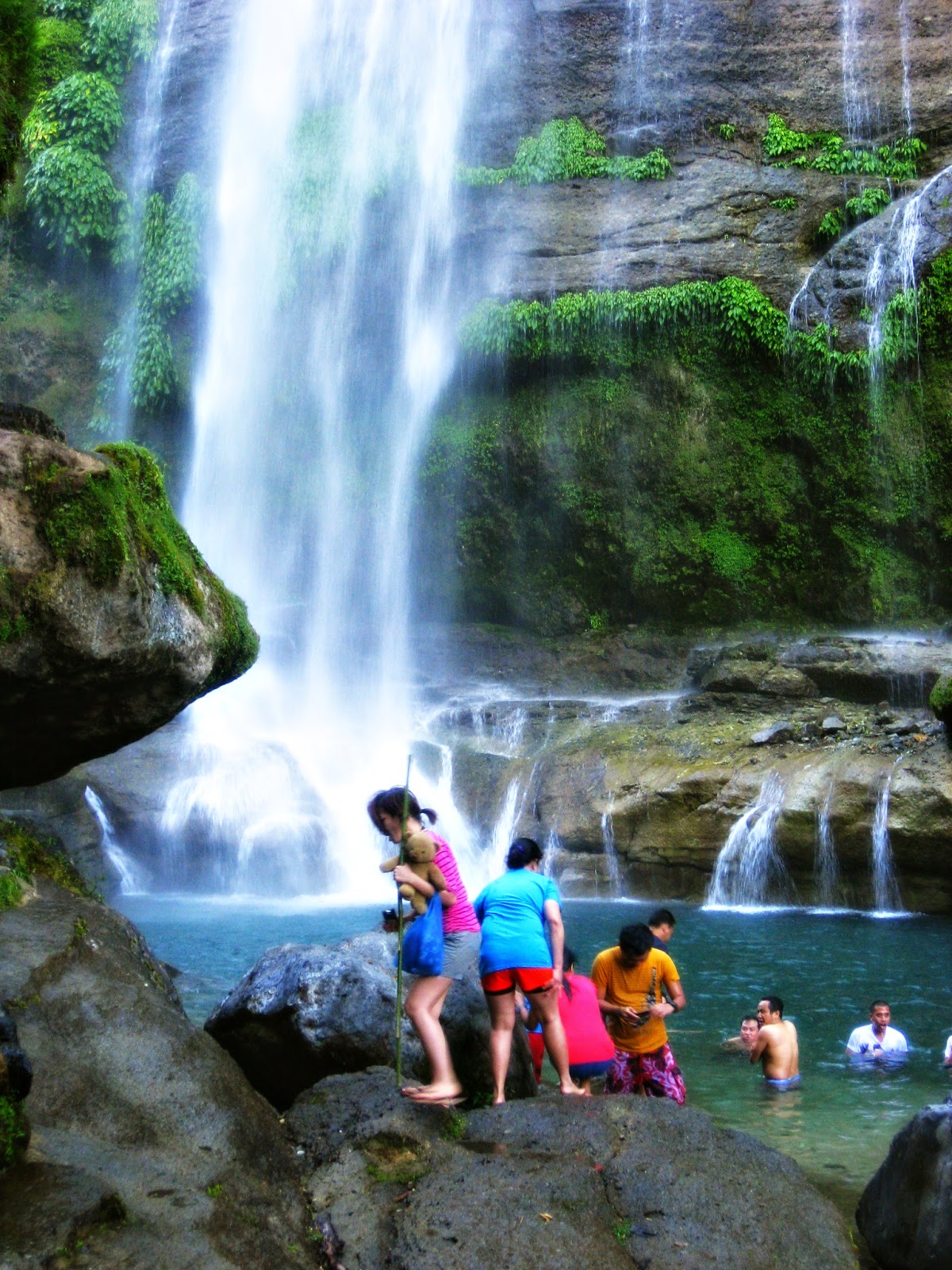 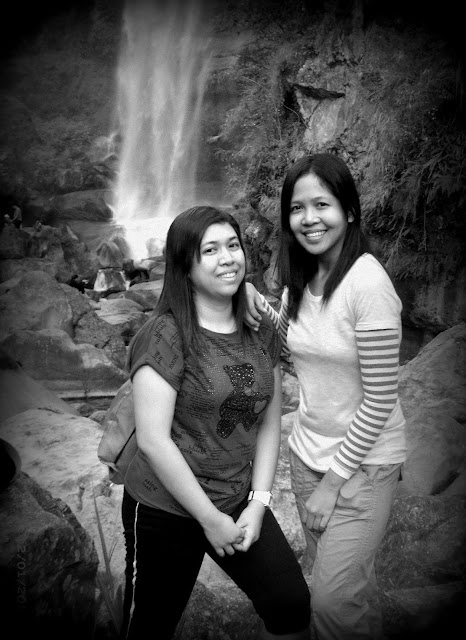 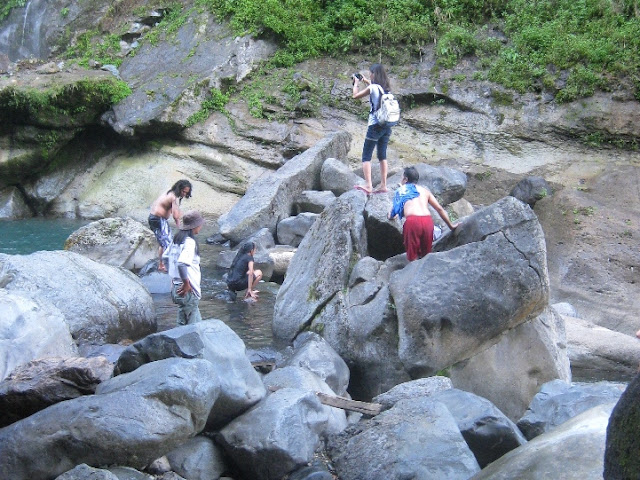 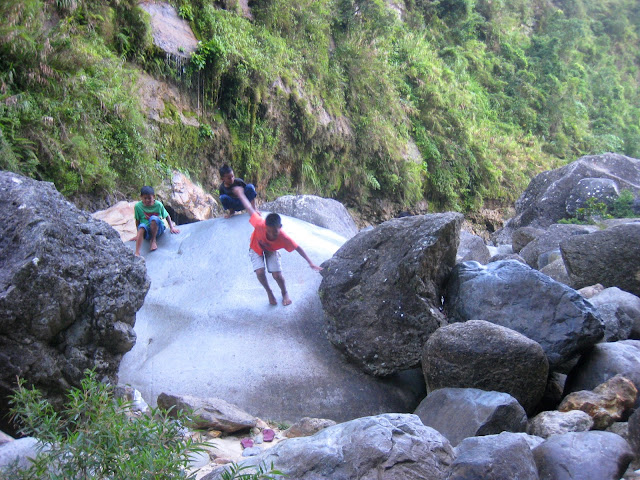 Big boulders of rocks surround the falls. The ice cold splashes were enough to rejuvenate our tired muscles as the view was nothing short of spectacular. We wanted to swim but we have to get back before it get's too dark. It was past 4pm when we started the ascent, but this time on a different trail . 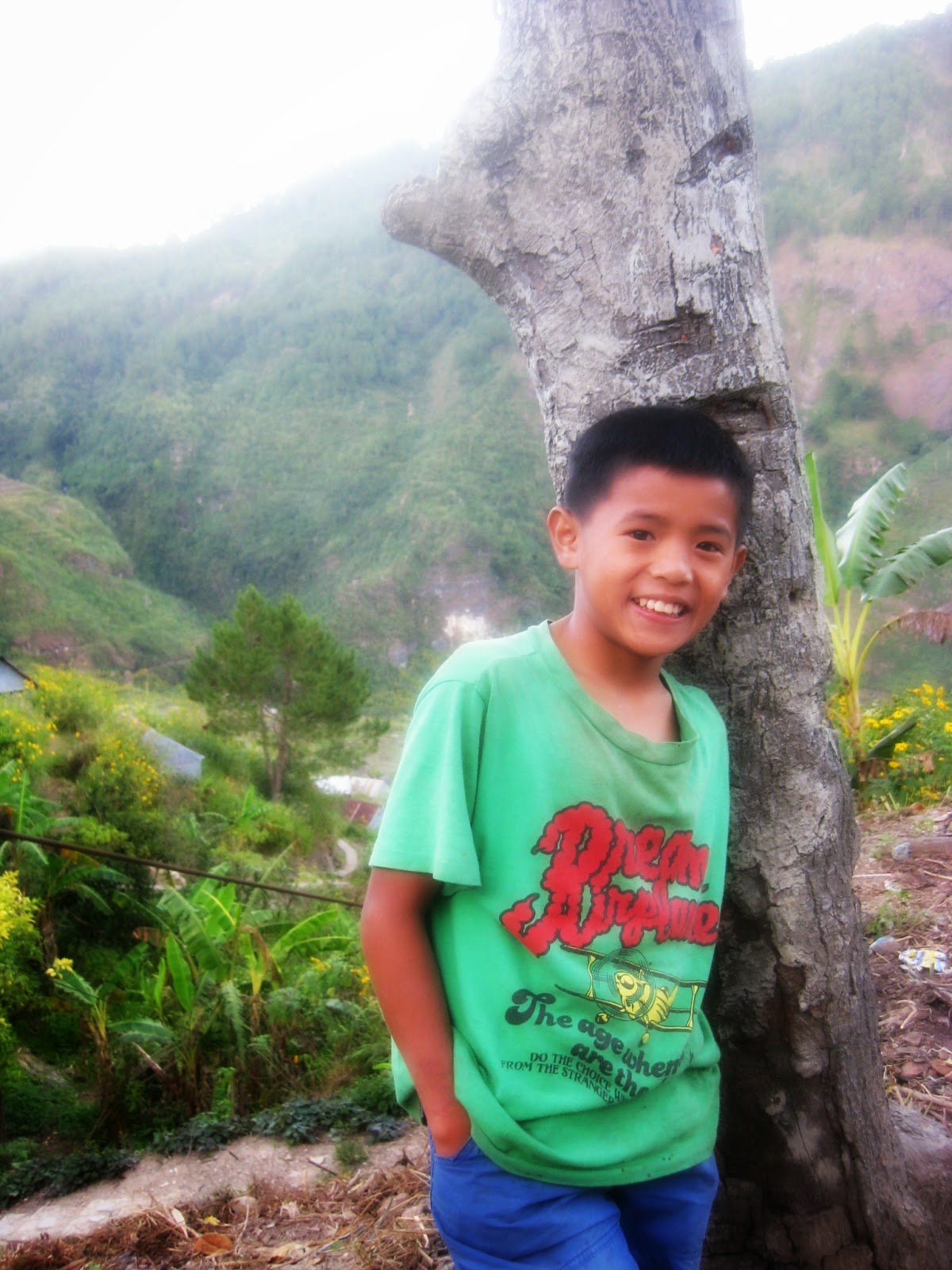 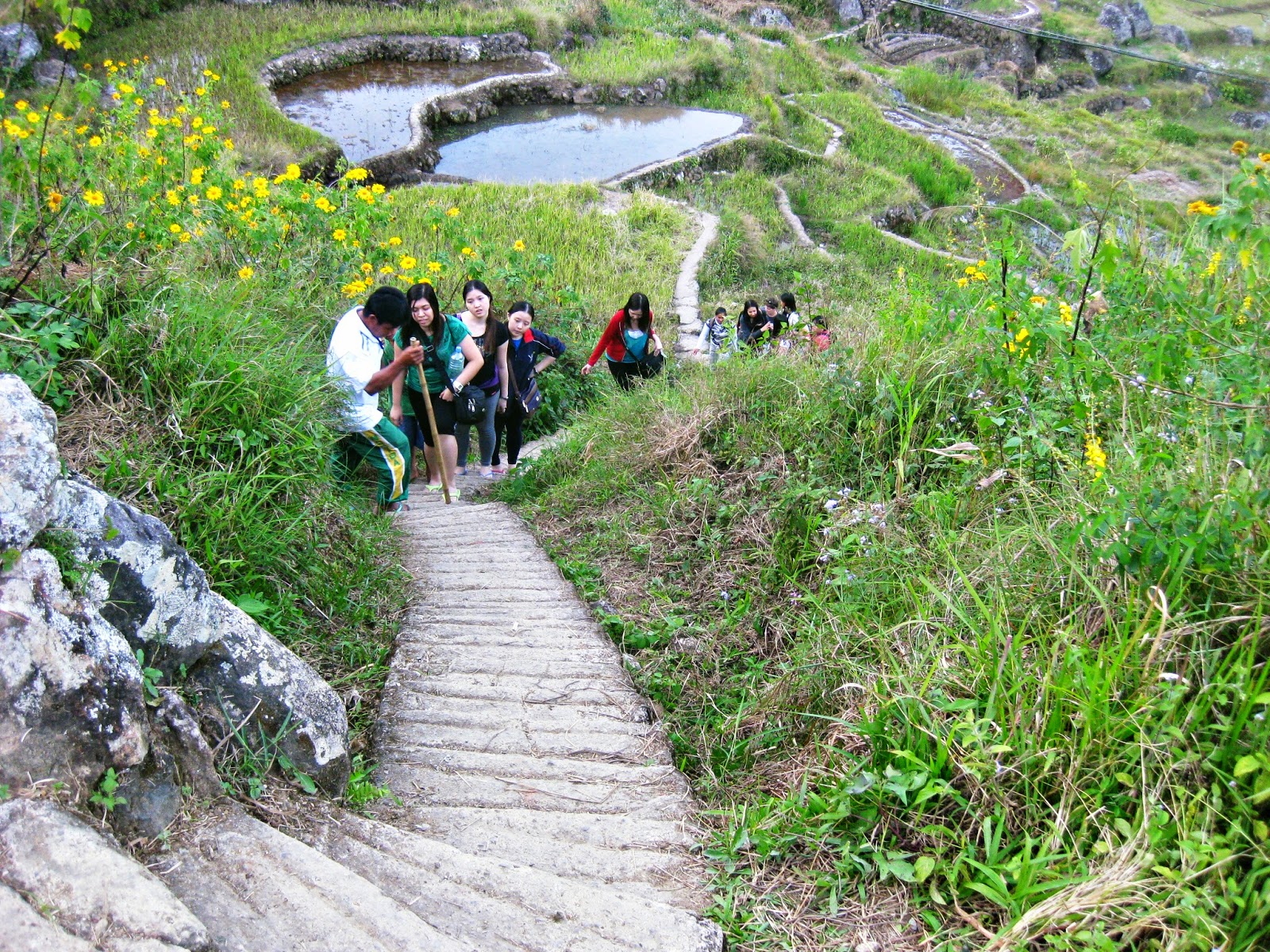 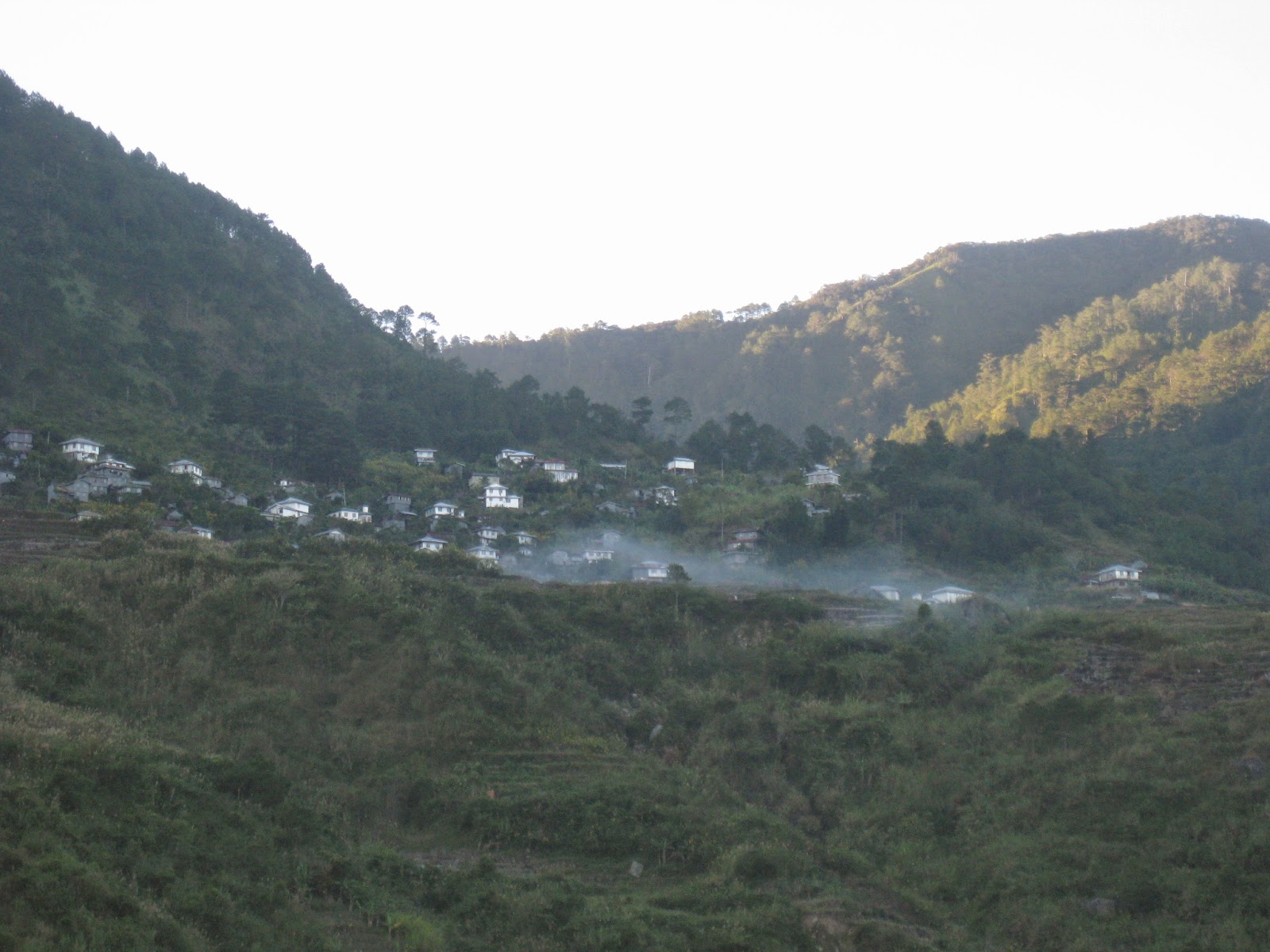 this is what I call the Santorini of Sagada :)

Sagada's natural resources surely spells grand, but behind the province's physical beauty are the locals ingenuity, working side by side with nature. As what I've personally seen during 4 hour trek, the older people tends the farm, adults become tour guides while some young adults work on the mining activity. Yup, one can spot the mining activity upon going to the Bomod-ok Falls. 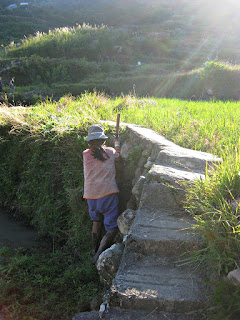 the farmer and the young guide, Jay 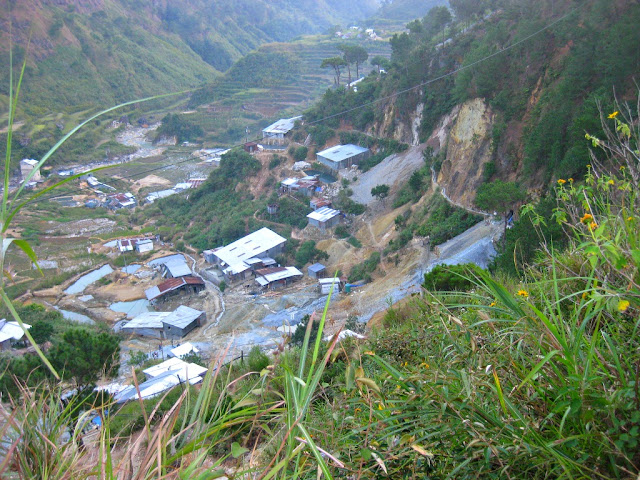 the mining area in Sagada 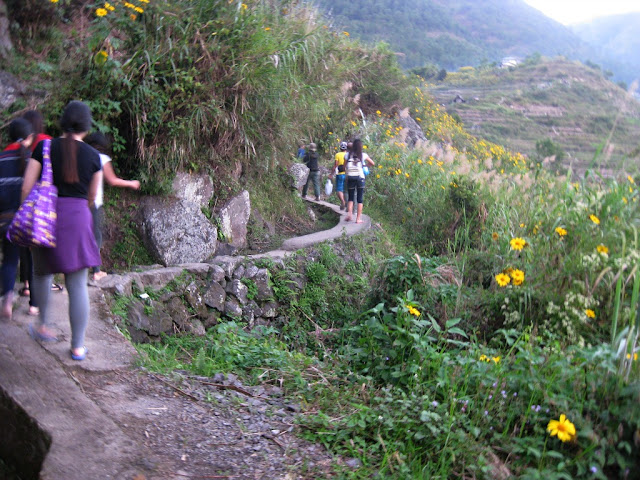 
We followed a different trail back which according to locals is much easier compared with returning to the jump off point. Sunflower blooms on the pathway side bringing in some positive vibes as we are nearing the end of the trail. 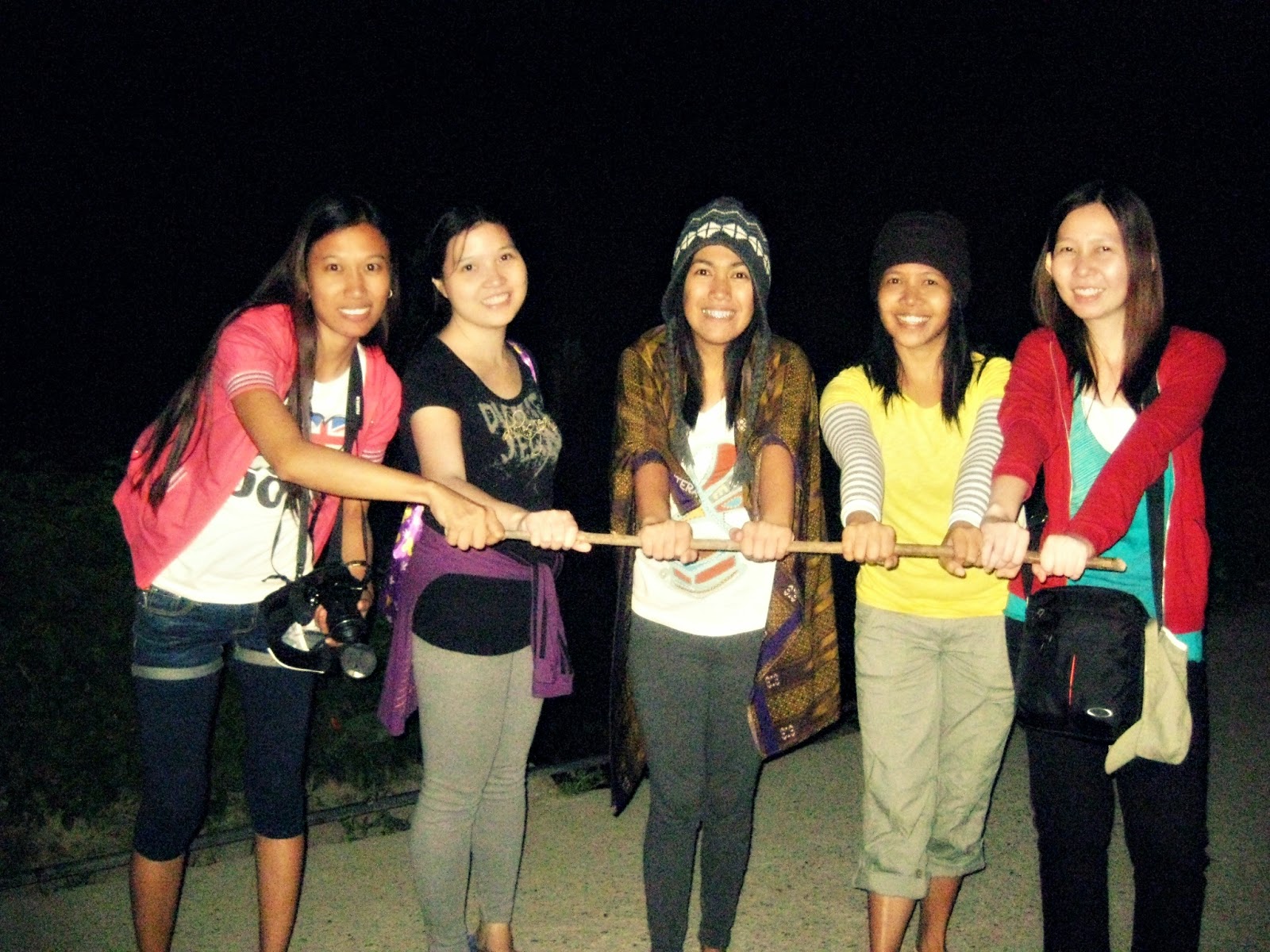 while waiting for others...here's us at past 6pm after finishing the Bomod-ok trek

The trek was fairly easy (for those who exercise and do some muscle stretching regularly). I highly recommend morning jogs or any cardiovascular workout to help you get ready for your upcoming Sagada adventure. Doing the extreme activities without any sort of physical preparation can be extremely tiring. Thank goodness I did not only survived the trek and its aftermath but actually enjoyed it with way better physical condition compared to my first real hike in the mountains of Lake Sebu. Sure there were muscle pains, but luckily I got through without any massage or pain killer tablets, makes me think, I'm probably ready for my dream Mt. Pulag climb!

Check out the Sagada series: