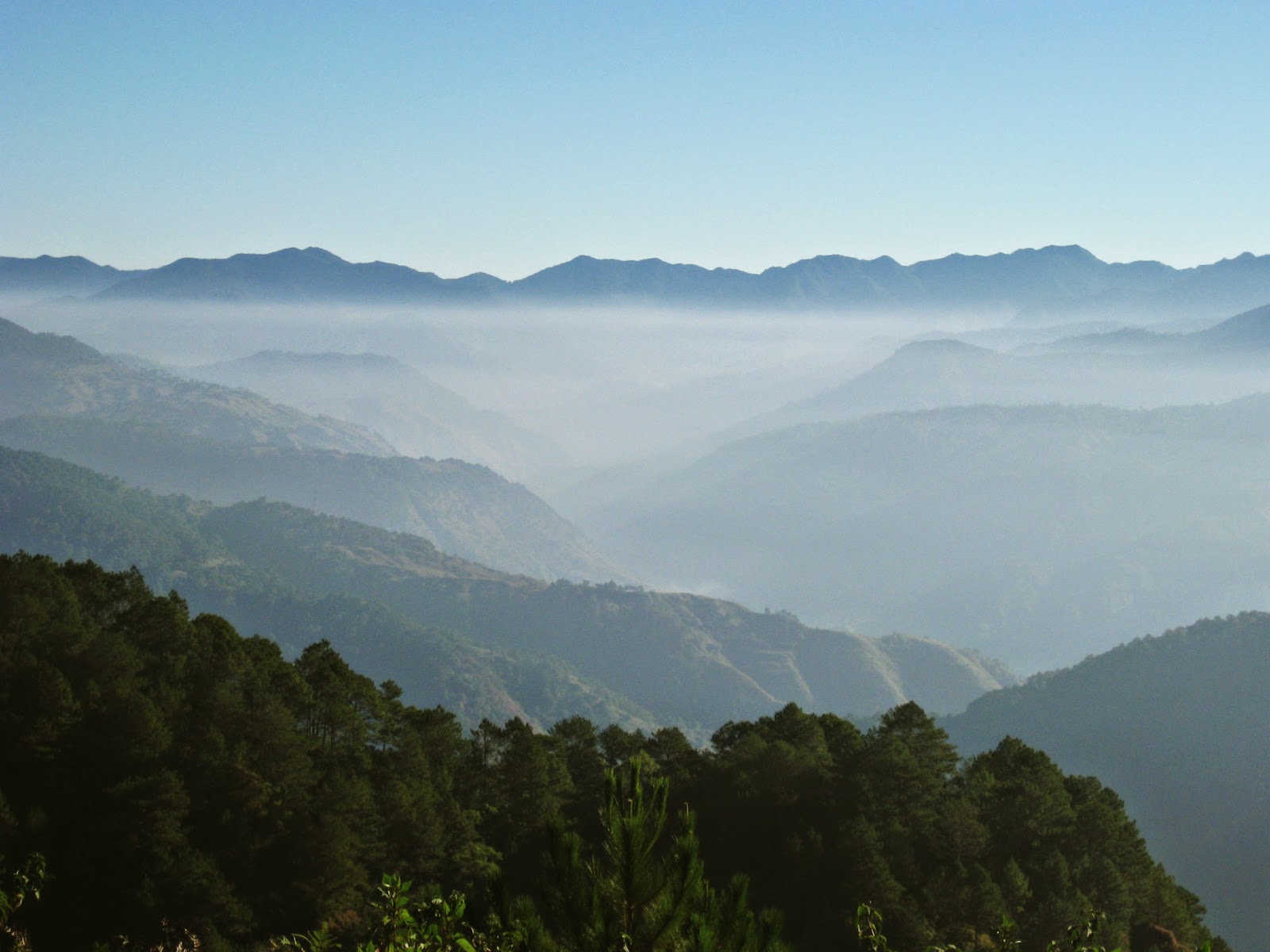 Our group in general may not have the physical strength to brave the dark and difficult trail inside the enchanting Sumaguing Cave, this I know from the start. Still wanting to offer something challenging to the group, I pitched an off beaten path, not included in the usual tourist's itinerary. I must admit, I'm not really sure what to expect when I included this destination although I know two things - one, it's a great camping ground and two, if lucky, one can spot some wild horses here, hence the name Marlboro Country. 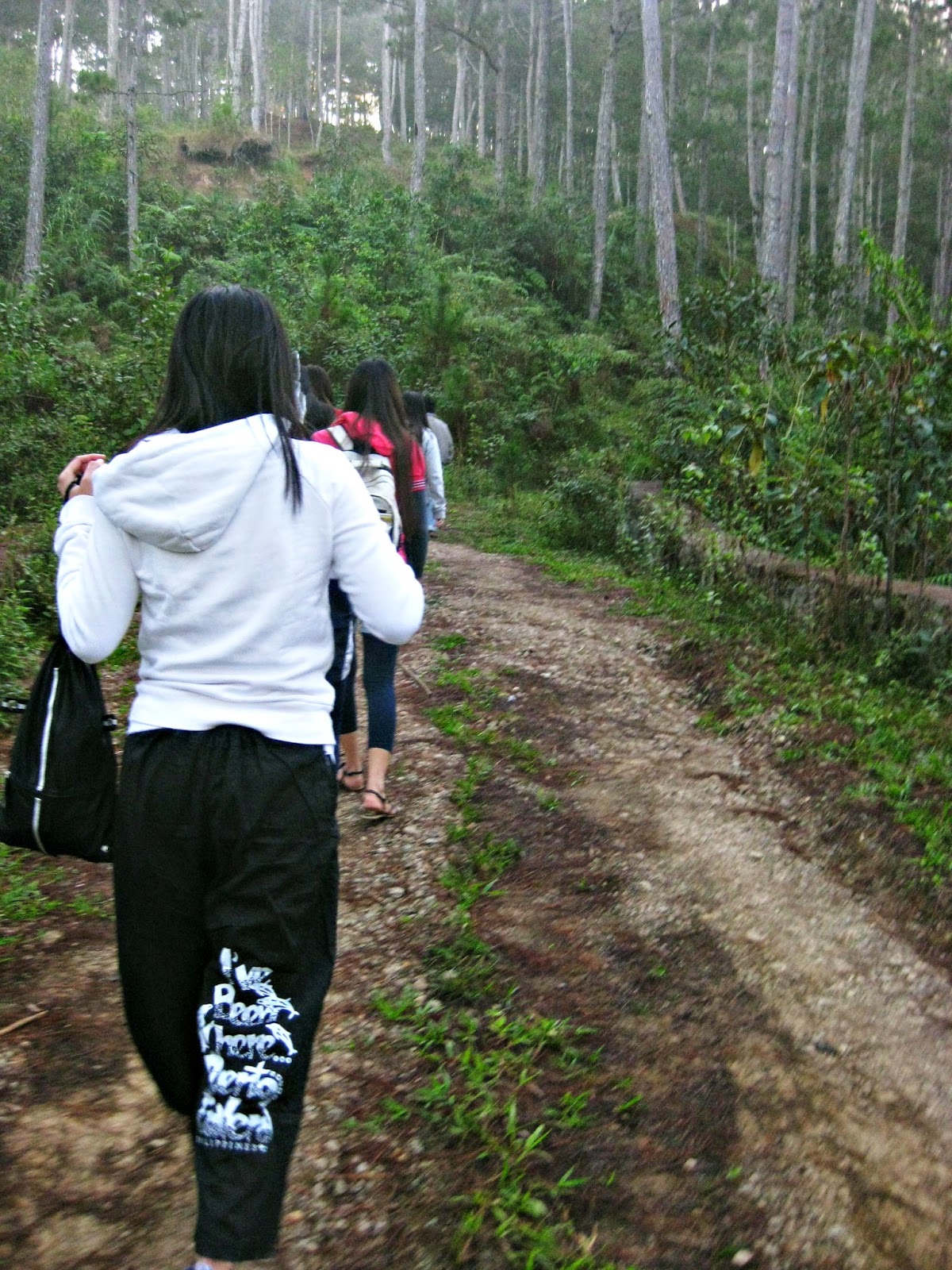 From our very early trip to catch sunrise at Kiltepan Peak, kuya Earl, our hired driver that day suggested that we hire a guide when going to Marlboro Country. He said there's no clear signs leading the way to the hills thus its fairly easy to get lost so we all agreed to hire a guide for Php600. There we met the jolly kuya Darren who was also warming up at a nearby bonfire in Kiltepan.

The jeep tracked another of the numerous rough road paths in Sagada until minutes later, we stopped. The plan was to take a quick breakfast from our baon inside the jeep, kuya Earl insisted, "Bring your food and have breakfast at the hills - picnic style". Hmm, good idea kuya!

We walked passed rocky and muddy trails. The first part of the trek was full of uphill and downhill stretches but still covered under the shady trees. True enough it can be easy to get lost but the hour's walk is way  easier compared to other famous Sagada treks.  Few minutes later, we saw other tourists making their way out, perhaps they tried to catch glimpse of sunrise there instead of Kiltepan. We also passed by an area almost filled with carabao poops which kuya fondly calls poop avenue. Halfway through, the morning sun began to show, now with lesser trees and tall bushes closely brushing my sides - it's filled with beautiful  pink organic ornamental. 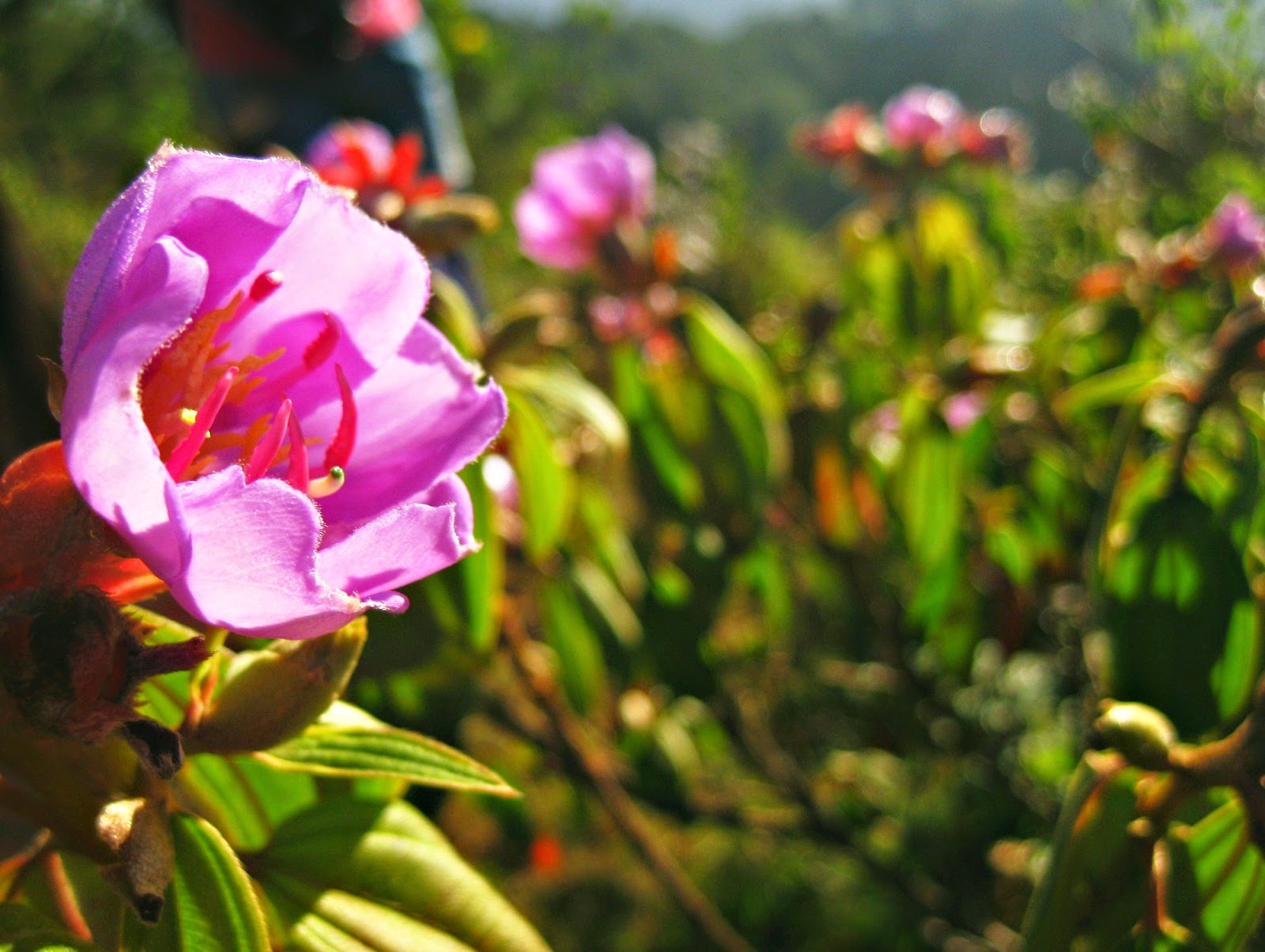 We arrived at last! Welcomed by foggy mountains and its wide expanse of interesting silhouettes, hills, and even wild horses were viewed from a distant. The sun glowing high on the left side while hills, horses and other animals can be seen at the right side along with some limestone cliffs. 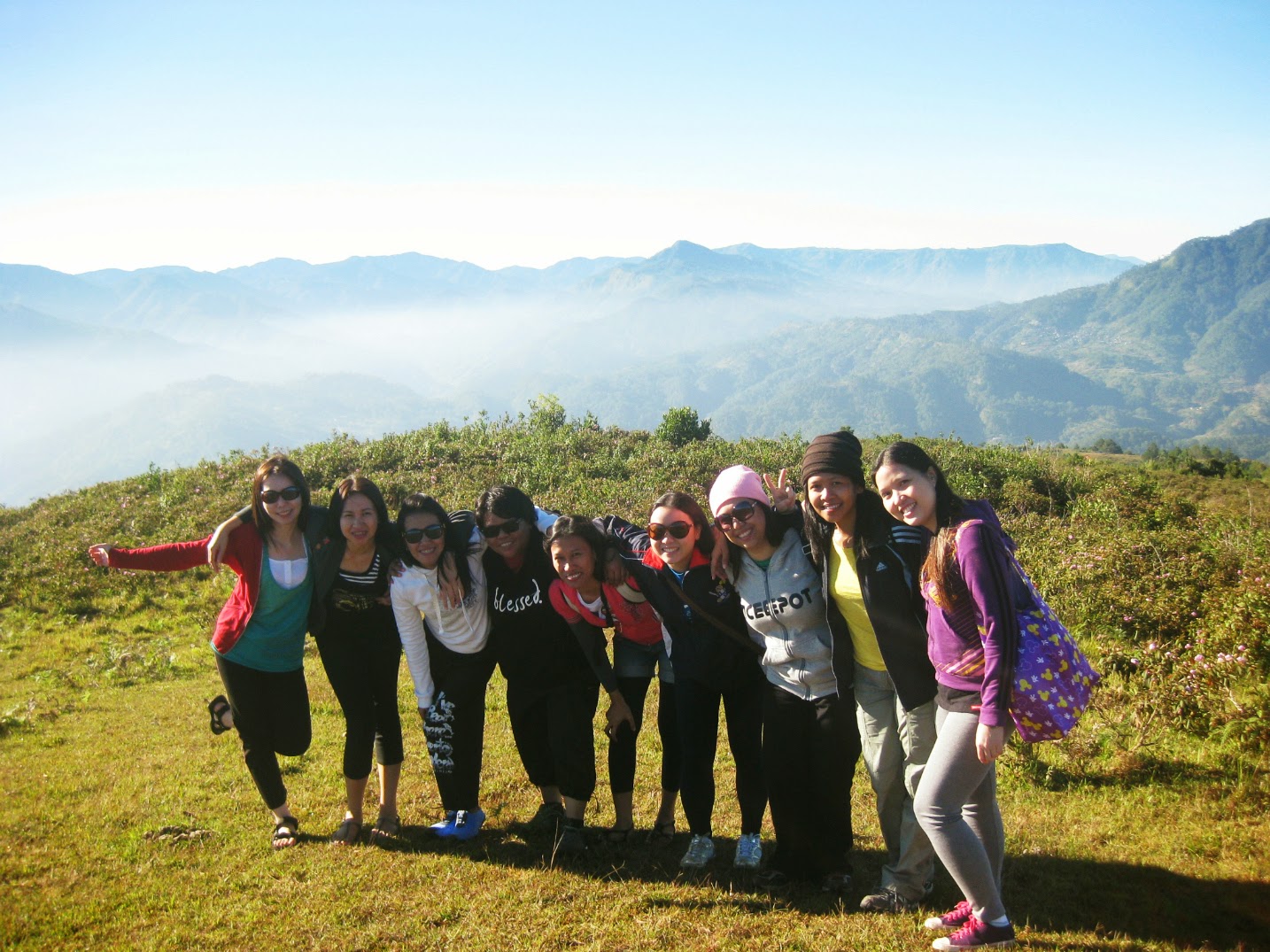 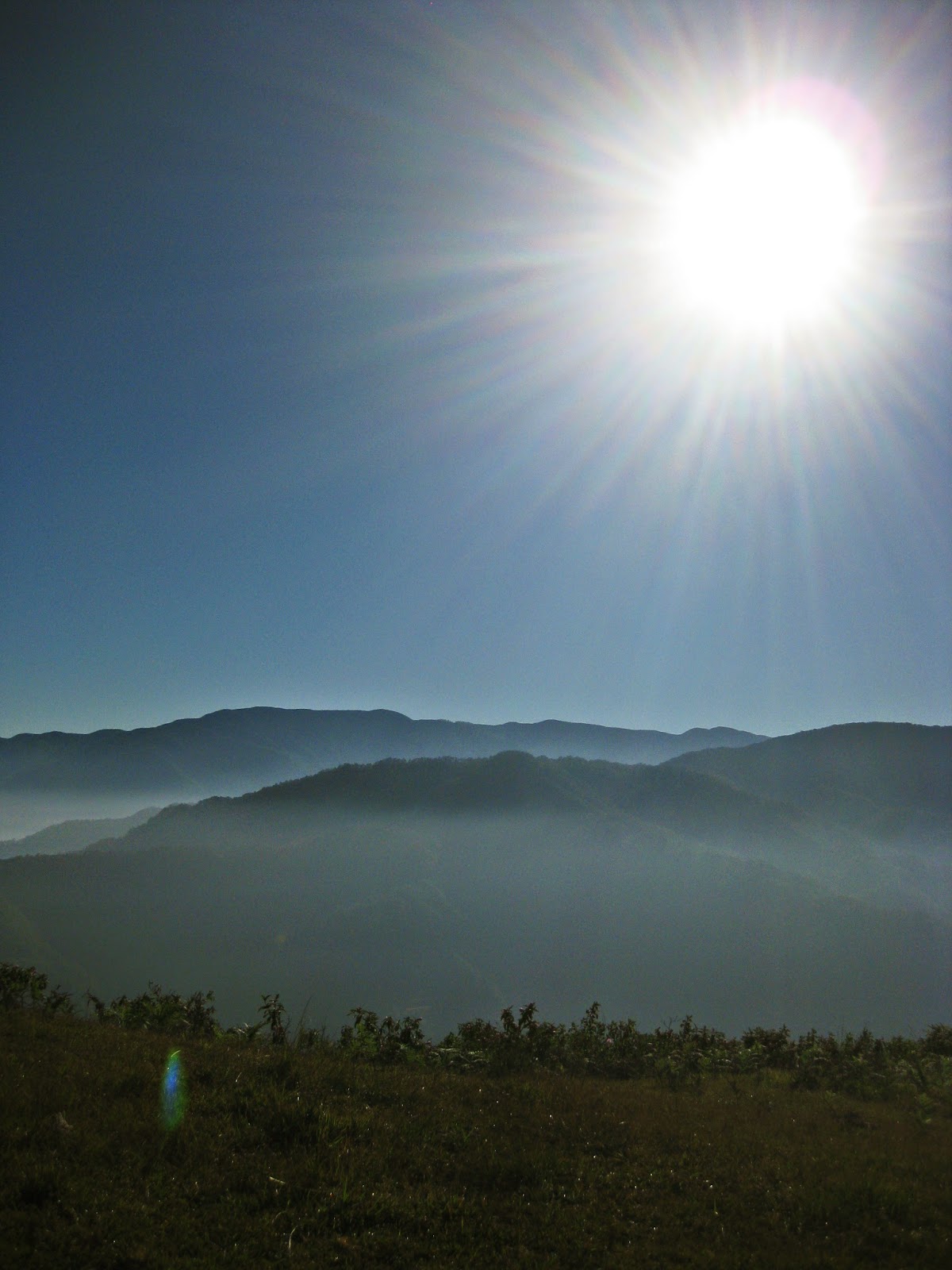 the morning sun in Sagada

We had to walk down to get on top of the next hill. This is where another group fun begins, when the loudest and wackiest person in the group gets awfully stoked in one corner and is asking for help at the mercy of her friends to help her make that one careful step. 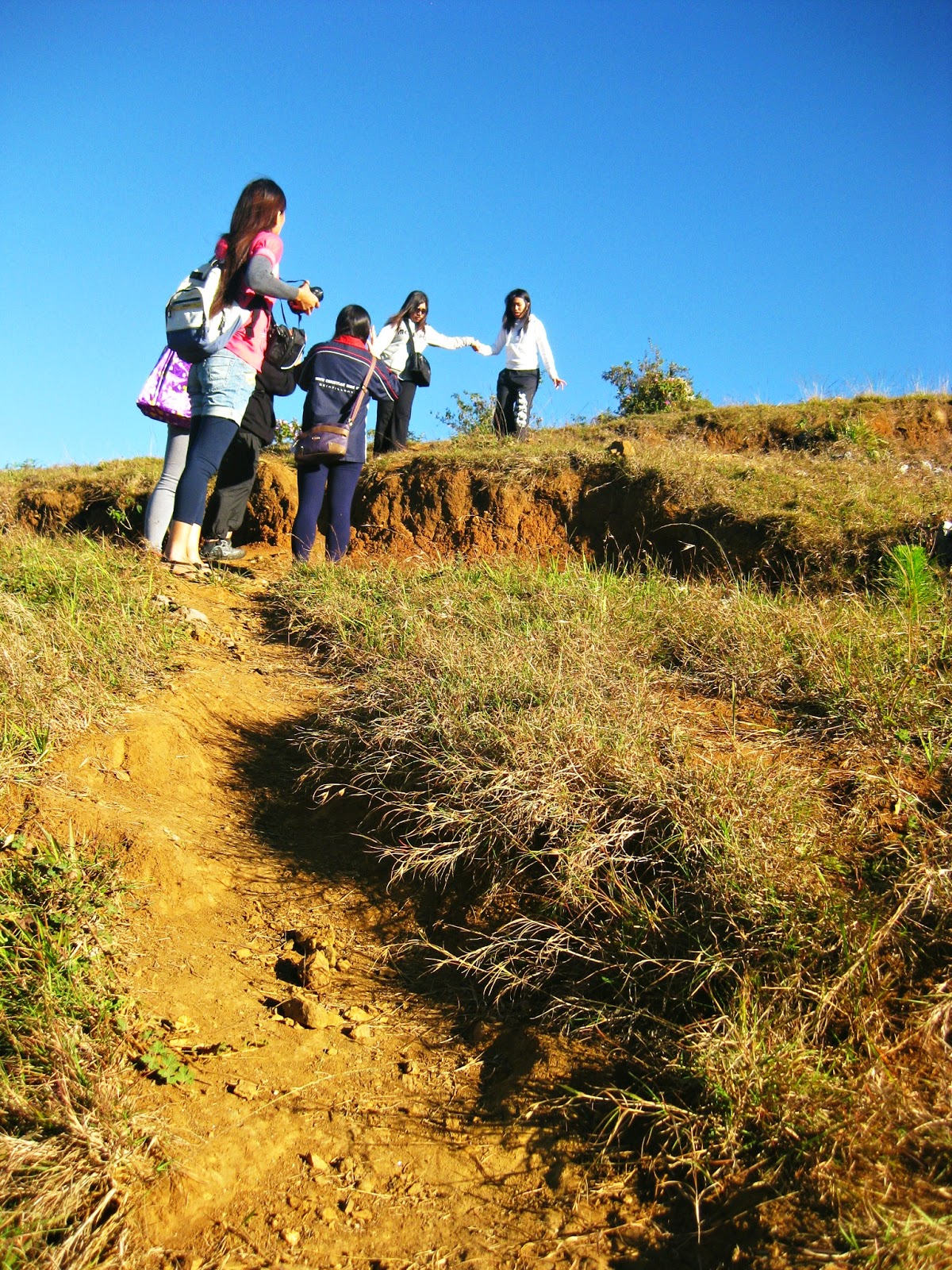 Wawa in her fear of heights moment


Meet Filwa or Wawa as she's fondly called, my newest Muslim travel buddy from Basilan who freaks at the sight of heights and steep areas. Heck she simply slept during the long hour ride from Banaue to Sagada and then via Halselma Highway to Baguio, a good way to escape the overwhelming cliff-side roads. For those who've traveled that highway would surely remember how zigzaggy the road is and how one can be swayed non stop inside the bus. Walang nakatulog sa group namin, siya lang talaga! At ang himbing pa! From being a sleepyhead to being bubbly, the energy saved probably from her countless sleeps is very much evident once she spills those punch lines. 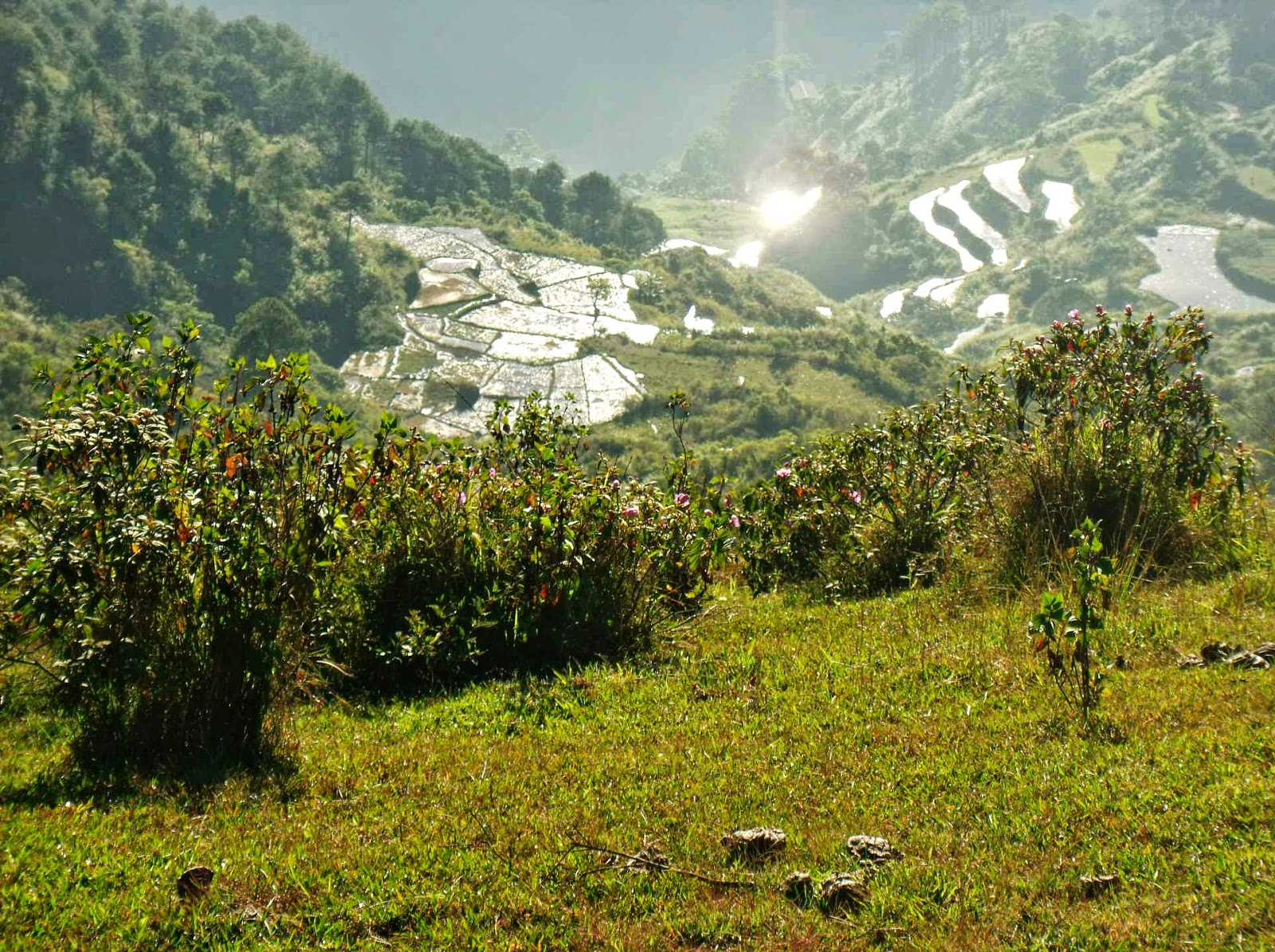 At dahil may fear of heights si Wawa...


The scenery filled us within that we chose to just have brunch instead of eating breakfast at the mountain. Water was enough to thirst our quench, guess it's true - you eat with your eyes first.

Photo opportunities here and there - solo pictures, group pictures, jump shots, emo shots and more. With the green pastures that sprawl to as far as the eye can see, it's hard not to be a cam whore for a while. The beauty should be exposed as I've only seen a few online. 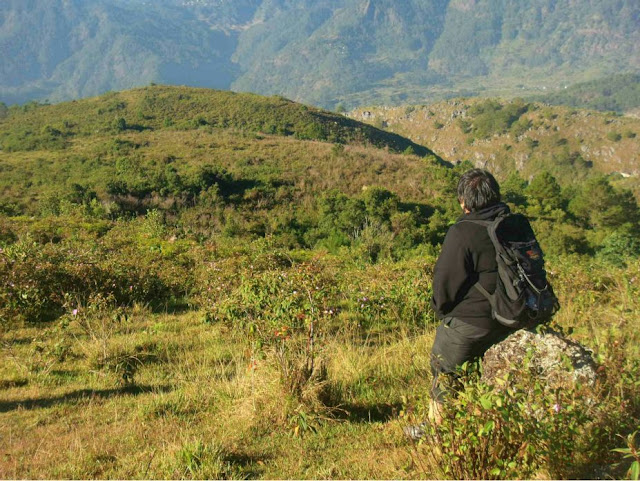 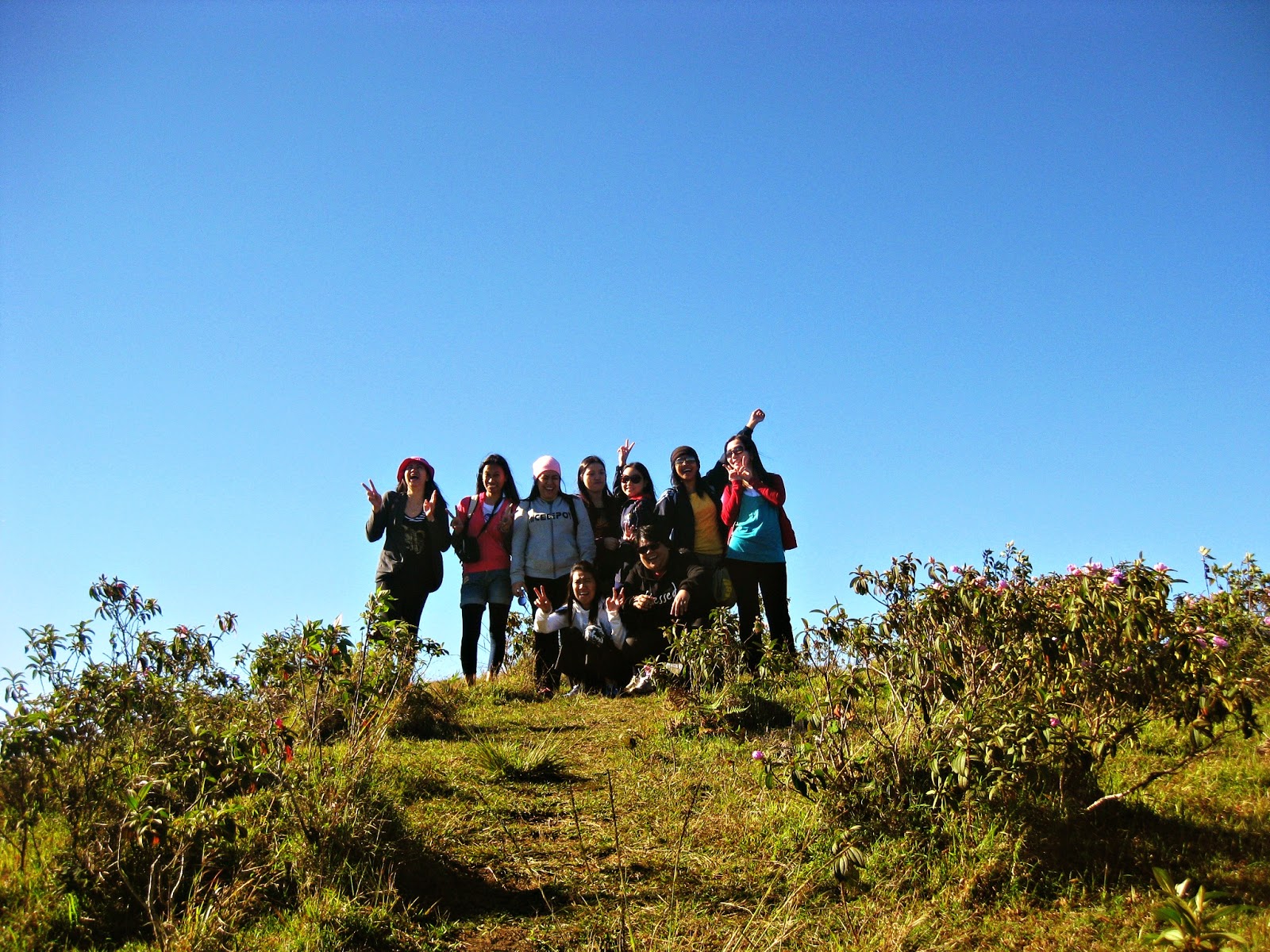 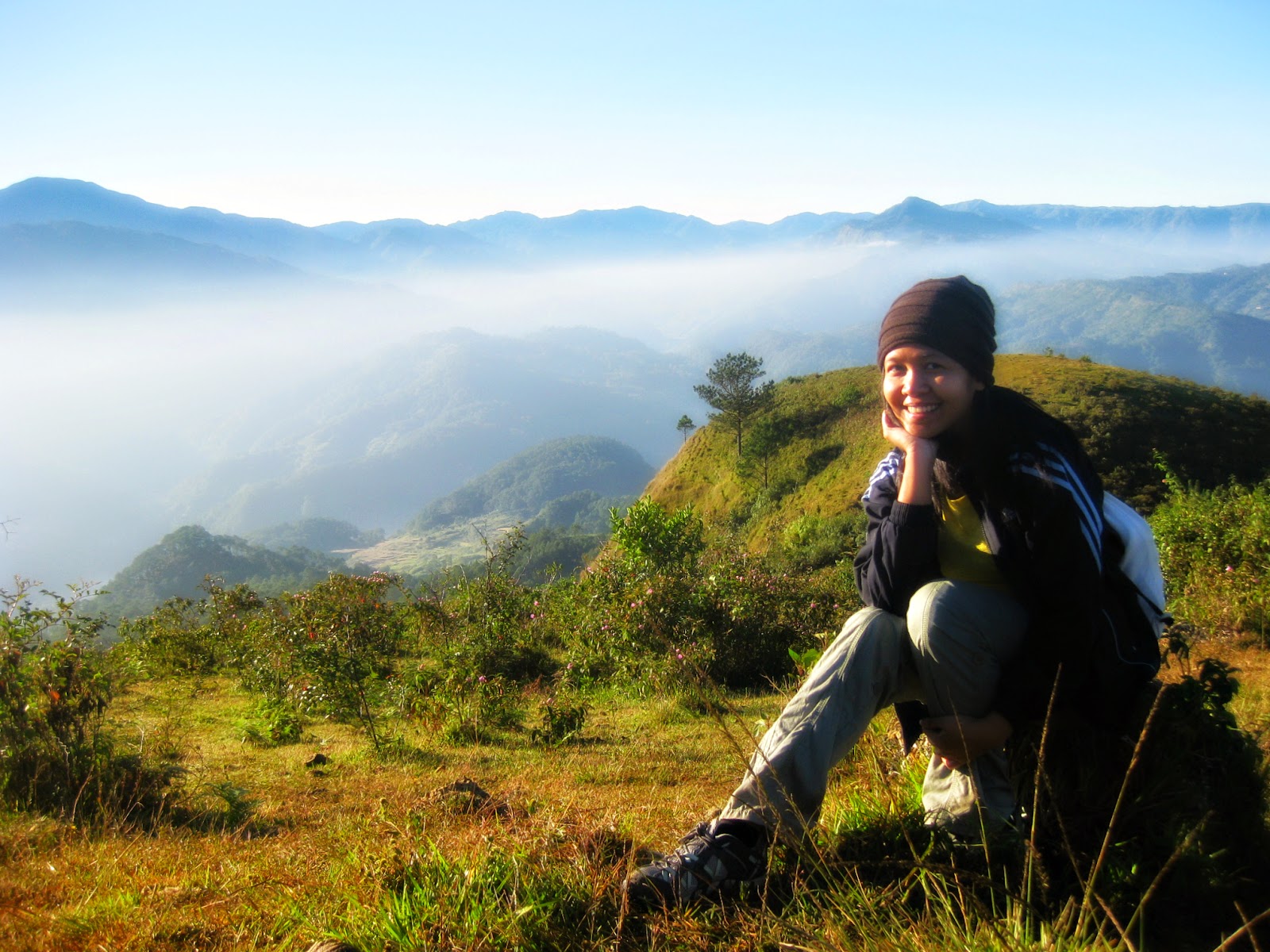 Check out the Sagada series: