January 24, 2014, after spending exactly a week in Cebu with Sinulog Festival being the trip's highlight, I flew next to Iloilo for yet another of Philippine's largest festivity, the Dinagyang Festival.

It's one of my much anticipated Philippine Festival plus it's also my first Iloilo visit. My parents said that our ancestors originally are from this side of Western Visayas thus I was happy to explore.

On our way to our accommodation, I instantly noticed the similarity of Iloilo's road to that of GenSan's. I got that old familiar feel, definitely a good sign of how we are going to spend another travel week with our Ilonggo friends!


For one week, we stayed at Ong Bun Pension House. Back in 2014, the exterior of the building may not be something that's attractive, it just looks old. However upon going inside, you will instantly feel the comfort, cleanliness and safety. Upon research, I found Ong Bun having the cheapest rate during peak season, and best of all, we can see the actual street performance straight from our windows! For Php1000 per room a night, and for three of us who shared, it's pretty much a good deal.

I was travelling with my relatives who were also in Iloilo for business. We met up at a coffee shop in Marymart which is just walking distance from our accommodation. I know I made the right choice because most of the streets at the city center were already closed as food stalls, tables and chairs were already set up. The pension house just made it easy for us to navigate around the main streets.


After the meeting, we rested early that night for the next day's major event - the Kasadyahan street dancing.


"Kuya pwede pumasok?", I asked the guard manning one of the gates. Alas, I don't have a ticket to show. Access were limited only to those who have a ticket. 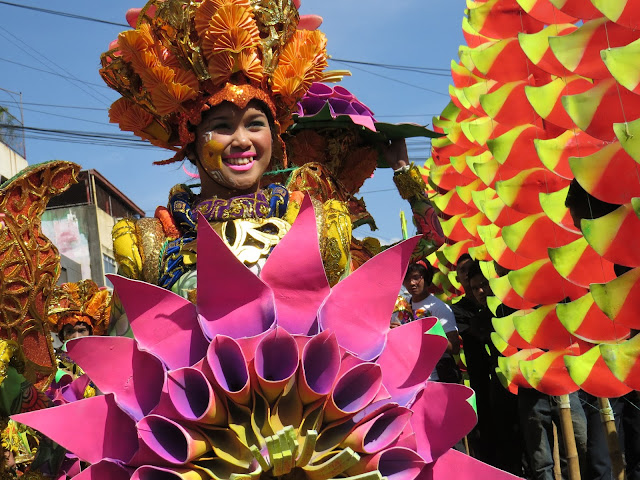 Visitors can still enjoy a more closer interaction with participates along the parade. They still perform some of their street dance routine, appreciate their colorful costumes and the thunderous drum beats along the parade route.

Since Ong Bun is literally a stone throw away from the performance stage and since we don't have tickets to see them perform in a more comfortable setting without being hustled and pushed around, we watch them perform from the accommodation's window.


Check out some photos taken from the second and third floor of Ong Bun Pension. Never mind the cables :(

After watching some of its participants, I went down and joined them as they parade the streets of Iloilo. It's much exciting to see them up close.

I really enjoyed watching them dance to the drum beats, but sadly, I also saw a number of participants who fainted under the heat of the sun. Dancing with full costumes and heavy headrest is no easy task. And these participants all do it with love and pride. Hats off to you guys! 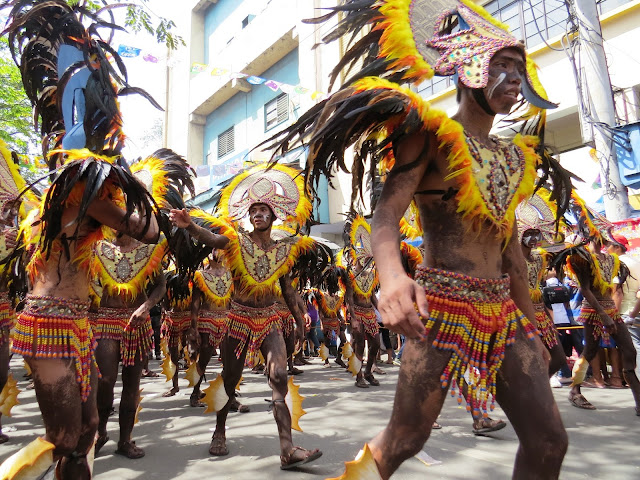 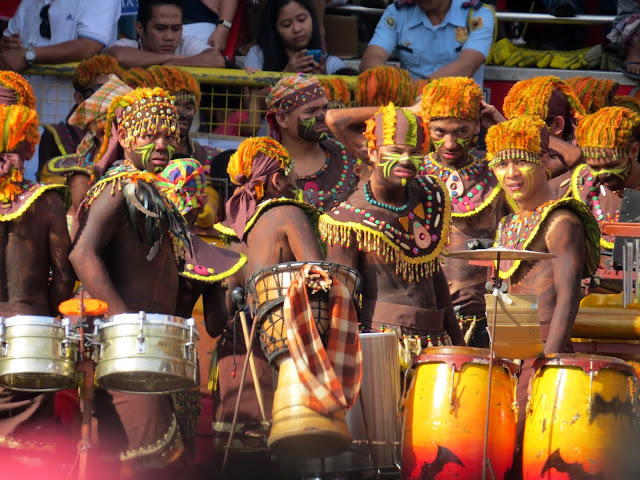 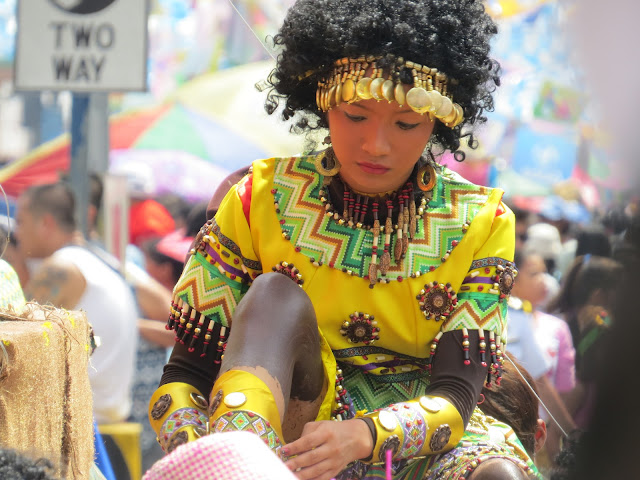 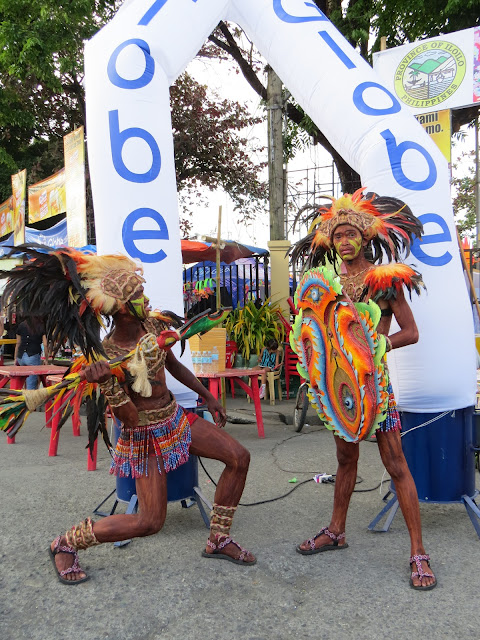 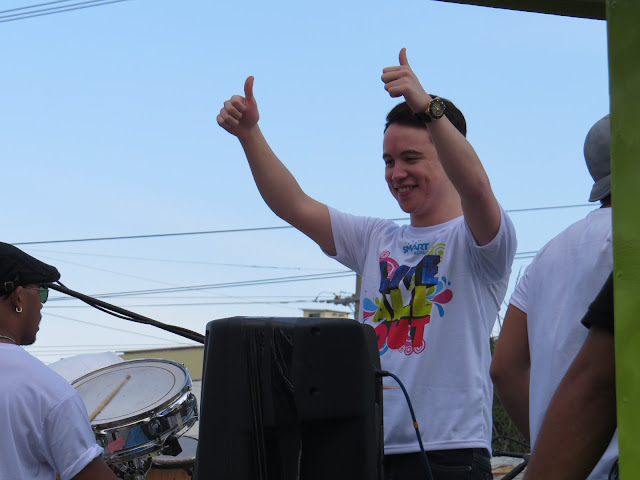 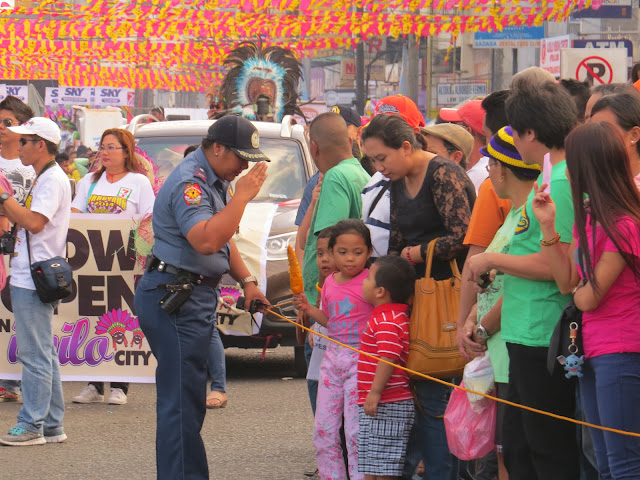 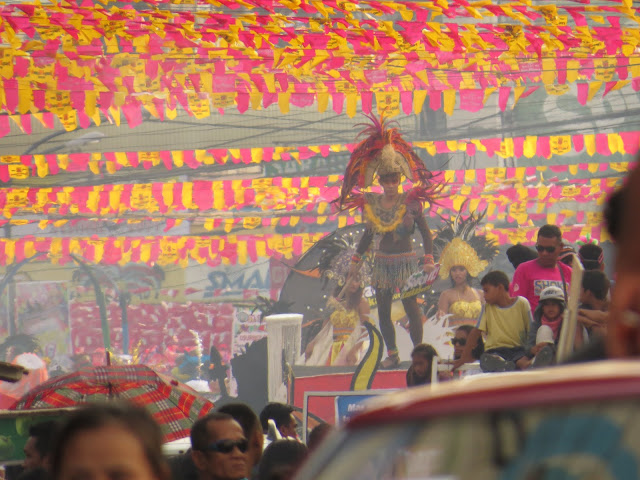 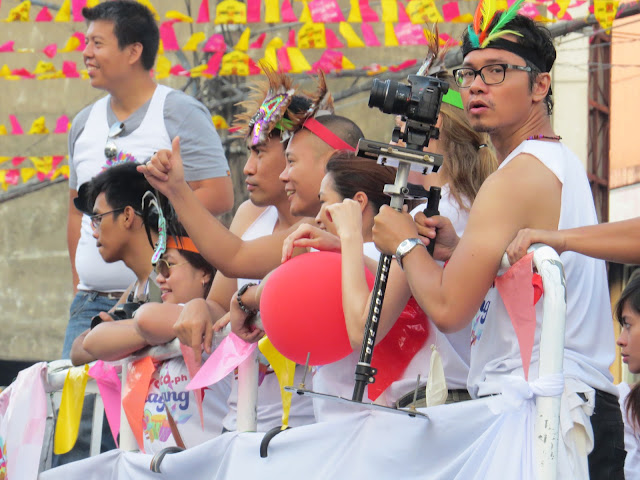 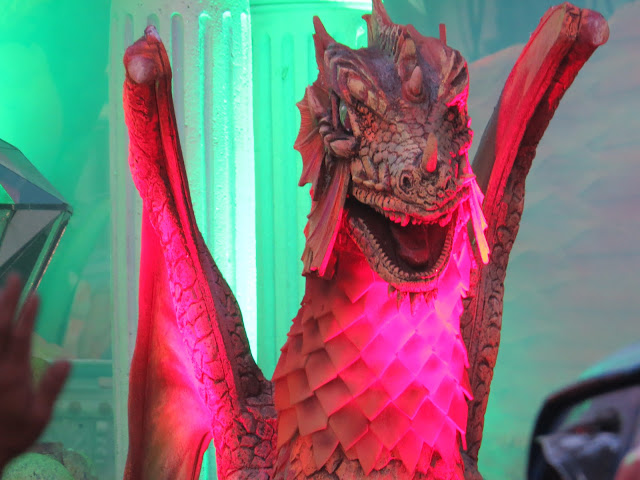 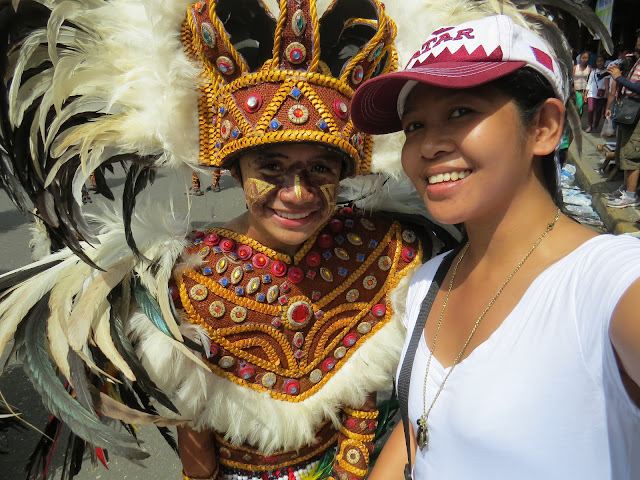 Unlike Sinulog's grand parade where there is a human barricade that secures the floats and participants, Dinagyang version more within reach. Possibly because the streets of Iloilo, the parade route specifically, is much narrow compared to the wide open main roads of Cebu.

Dinagyang of Iloilo is a religious and cultural festival that is being held every fourth Sunday of January, after Cebu's Sinulog Festival. Both festivals are held in celebration and in honor Sto. Niño.
Dinagyang Festival Festivals Iloilo